Henry Spittle was born in 1757 but, it seems, not in Hathern. However he was married at Hathern on Jan 24th 1779 to Elizabeth Hunt  by the Rev.William Middleton, witnessed by Jonathon Hack and Mary Cumberland. The couple had 4 children, all born in Hathern ; Henry born in 1780 who died 1787, Sarah born in 1783, John born in 1787 and Henry born in 1795 (It seems that parents often used again the name of a child they have lost earlier). The 1824 Rates Map shows Henry in plot 24 on the corner of Cross Street and Dovecote Street (where the hairdressers now stands). Every now and then his clocks appear on eBay. There has been some discussion about him on the Leicestershire villages website. Pictures in this article are of a Henry Spittle watch made in 1793, owned by a Hathern resident. Also shown is the picture of the headstone in Hathern churchyard commemorating the death of Henry in 1833 and Elizabeth in 1825. Also links to Henry Spittle longcase clock. Added below in Aug 2020 is longcase clock for sale spotted on ebay. Also spotted on eBay Jan. 2021. Immediately below is only entry found for search on 'Hathern' on British Museum online - it is described as 'watch paper' 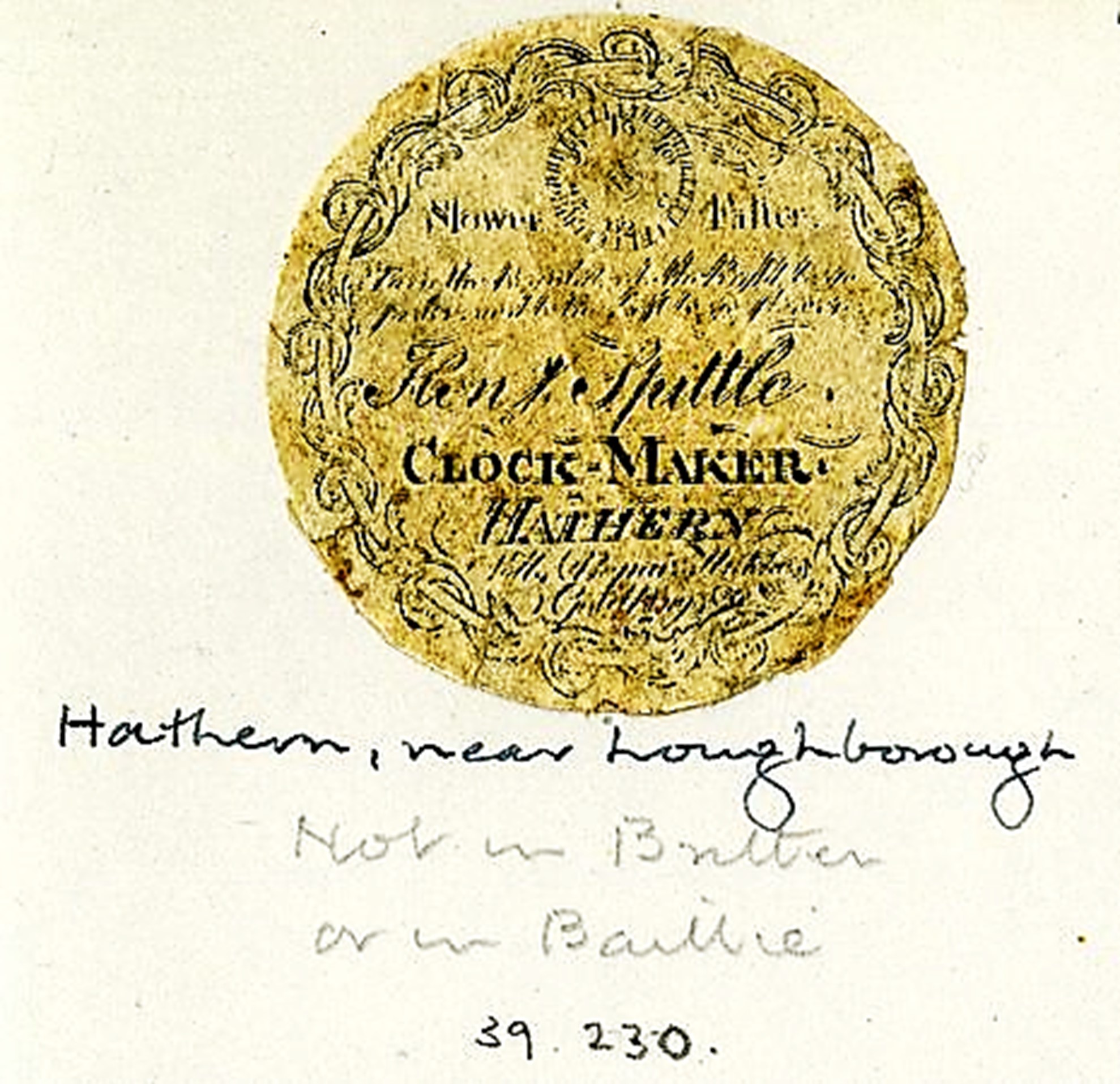 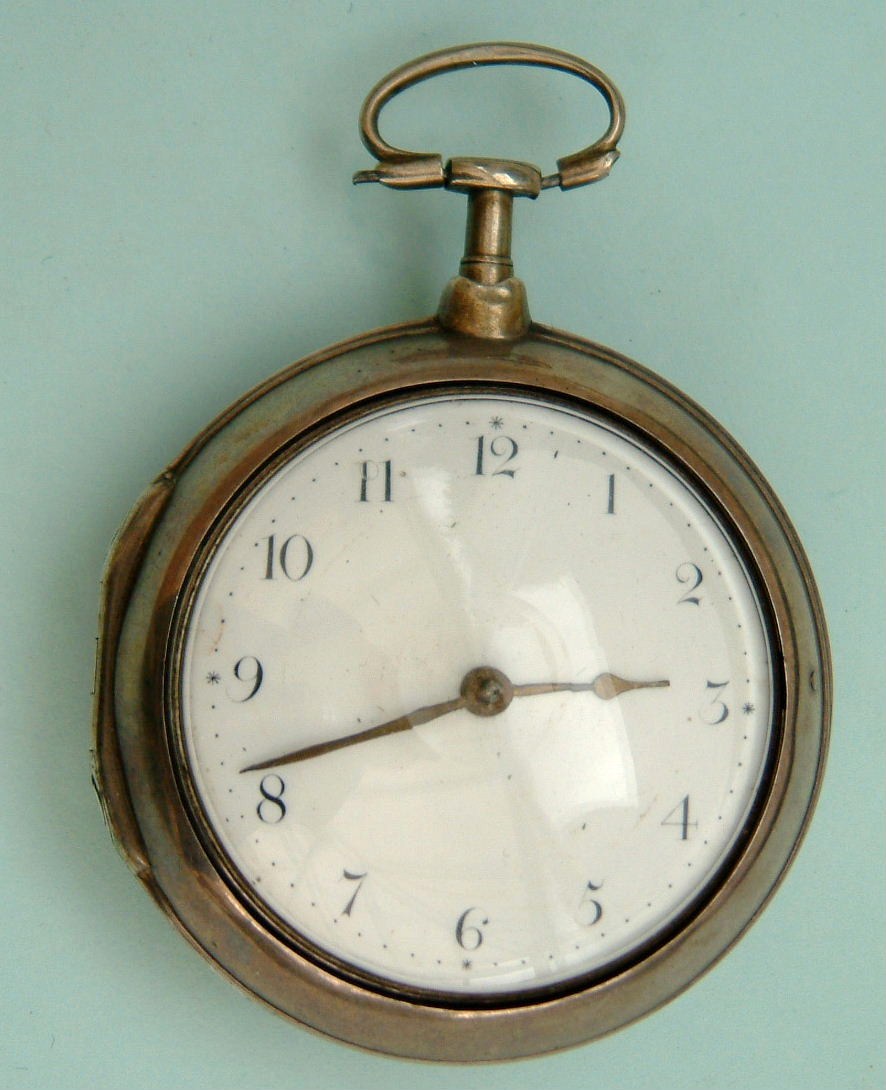 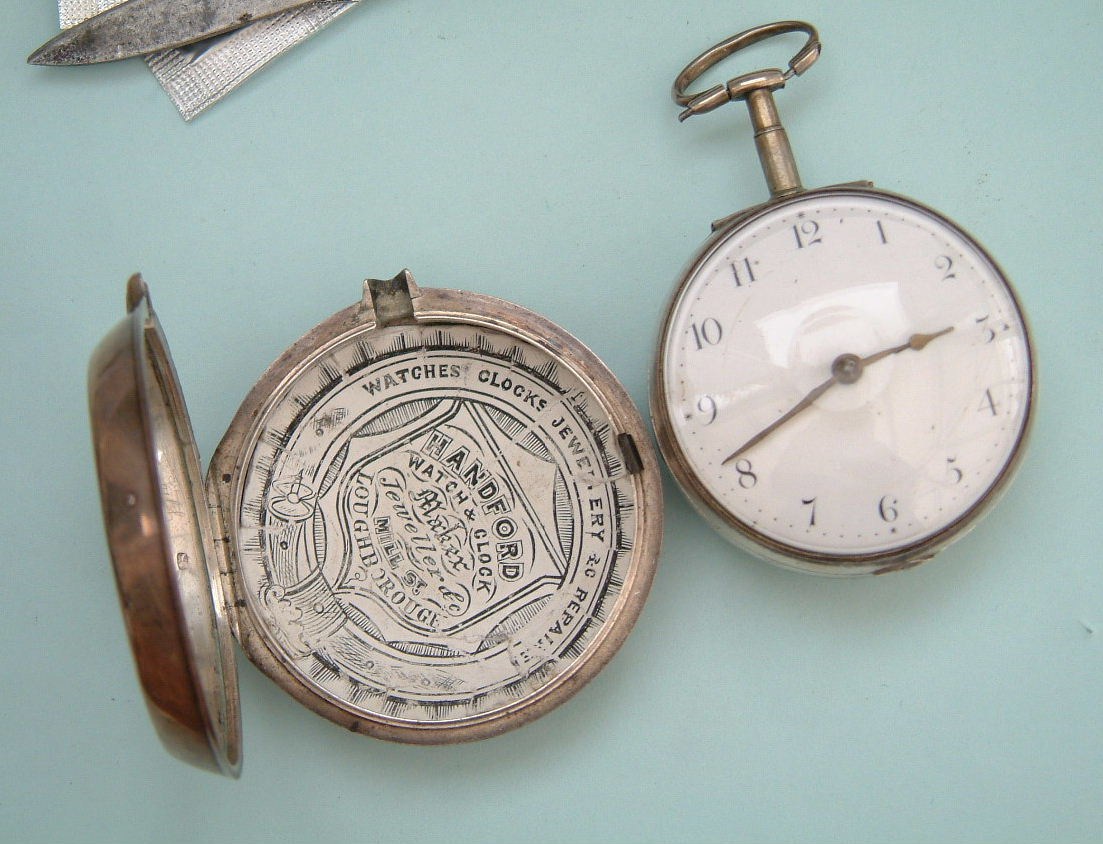 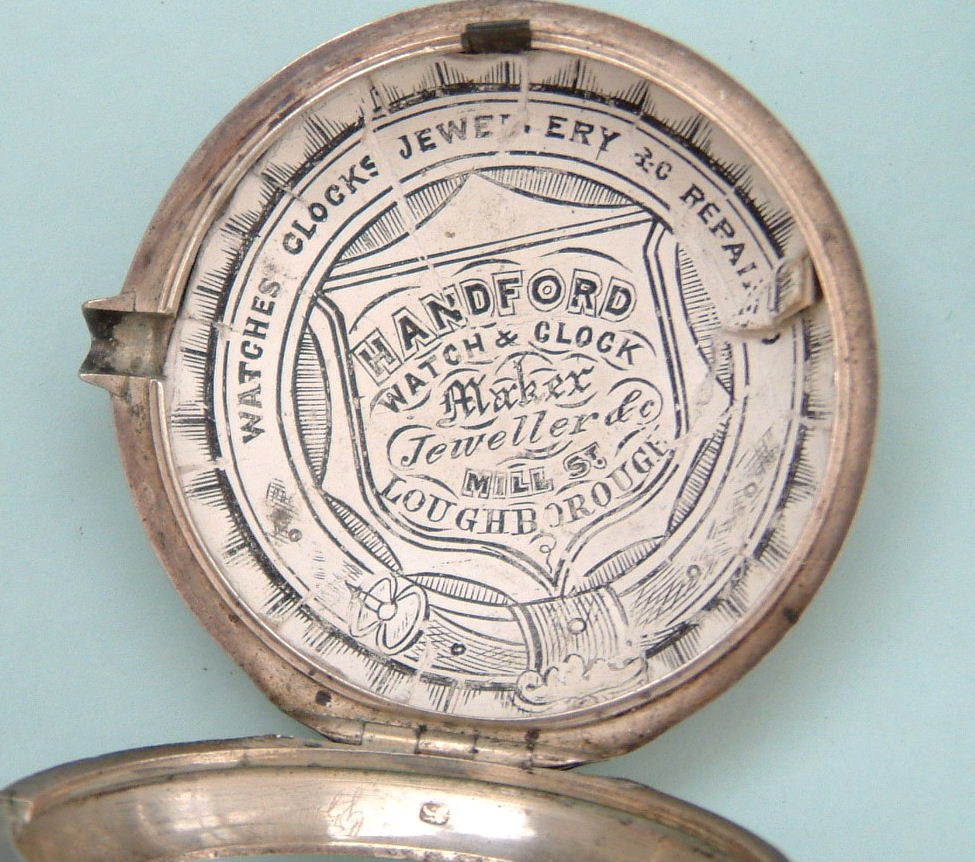 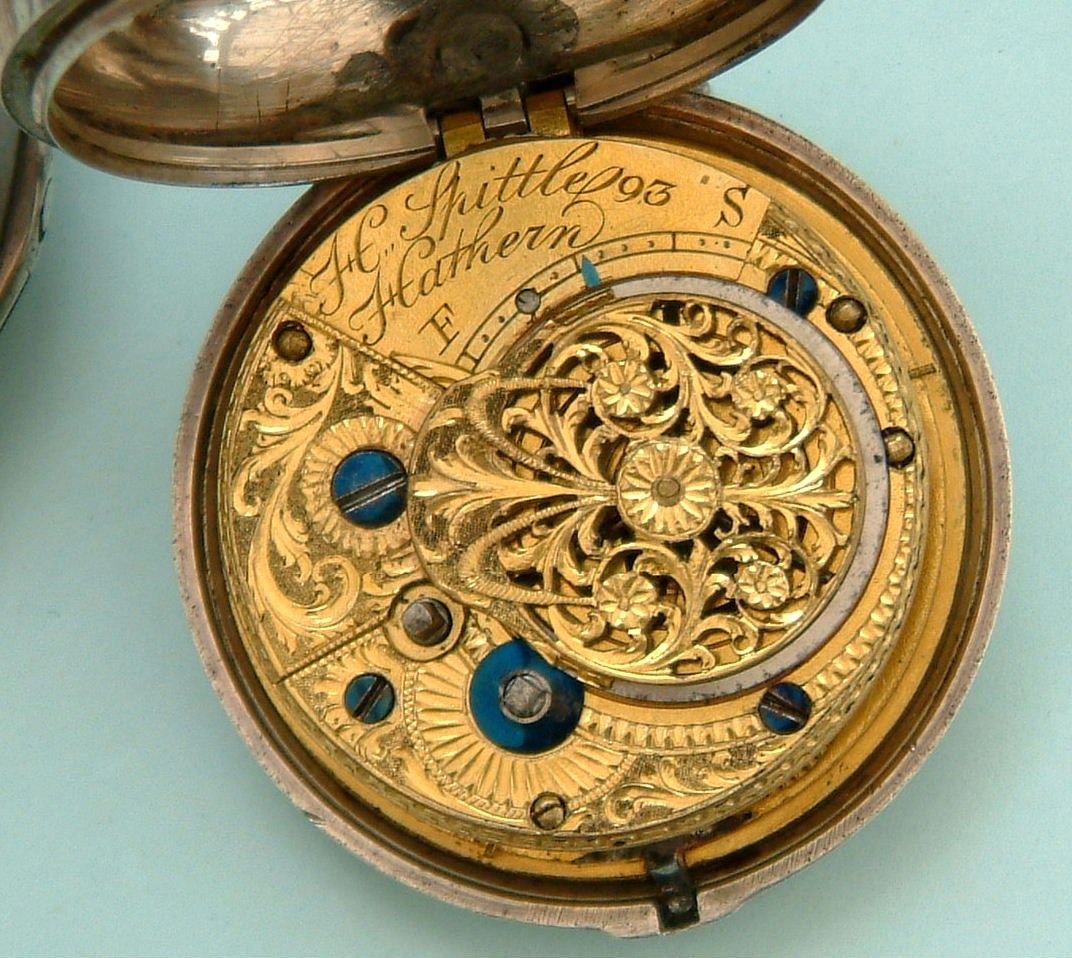 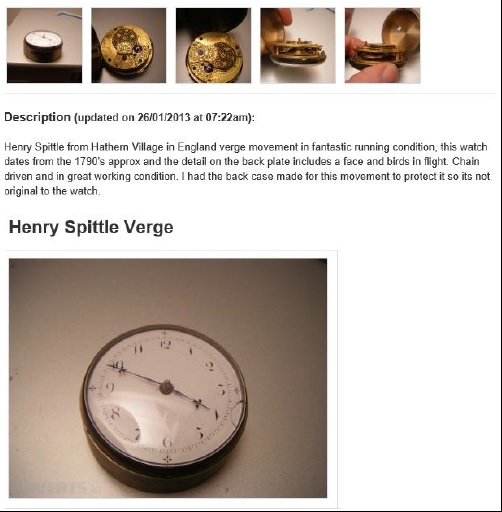 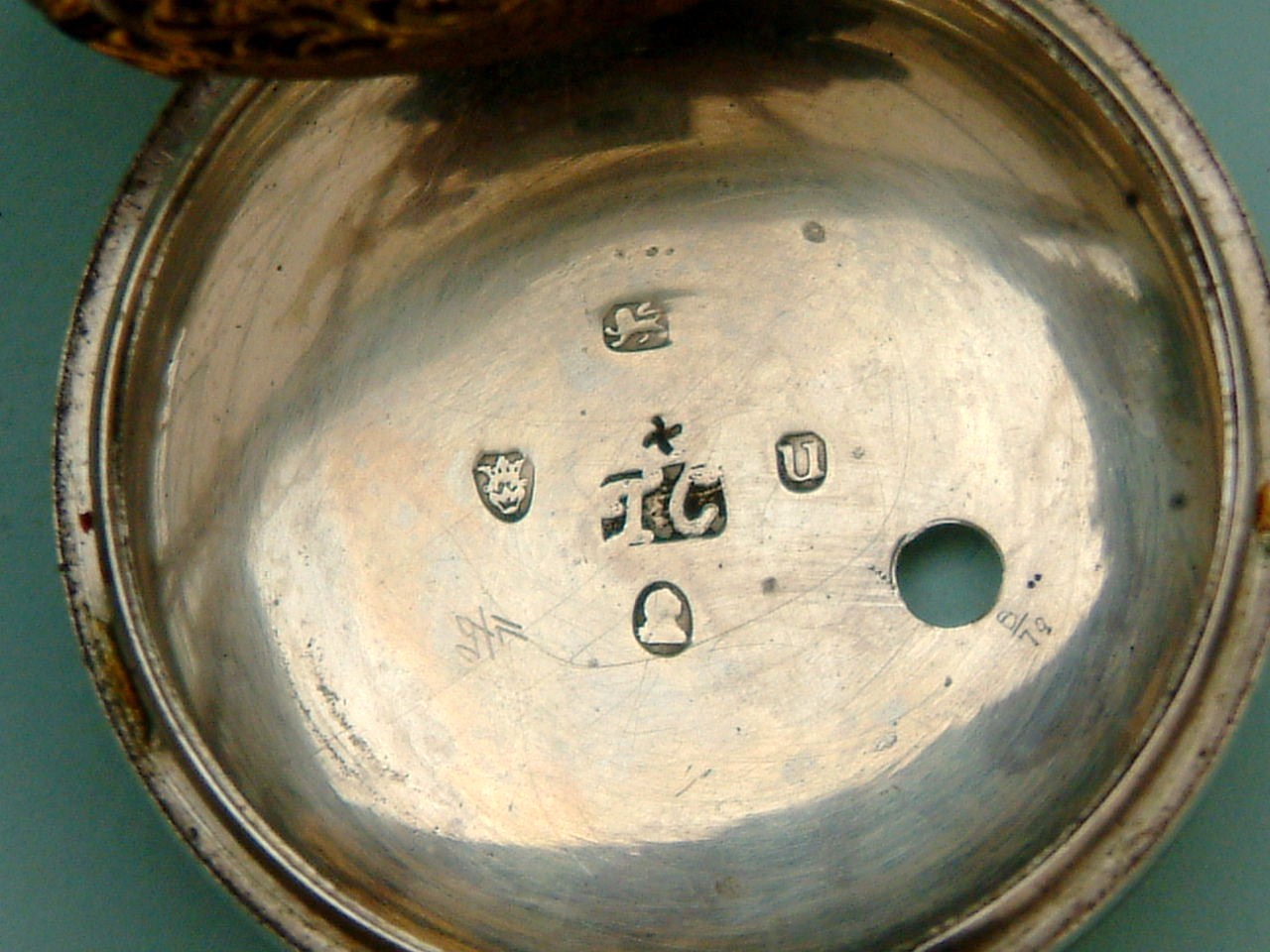 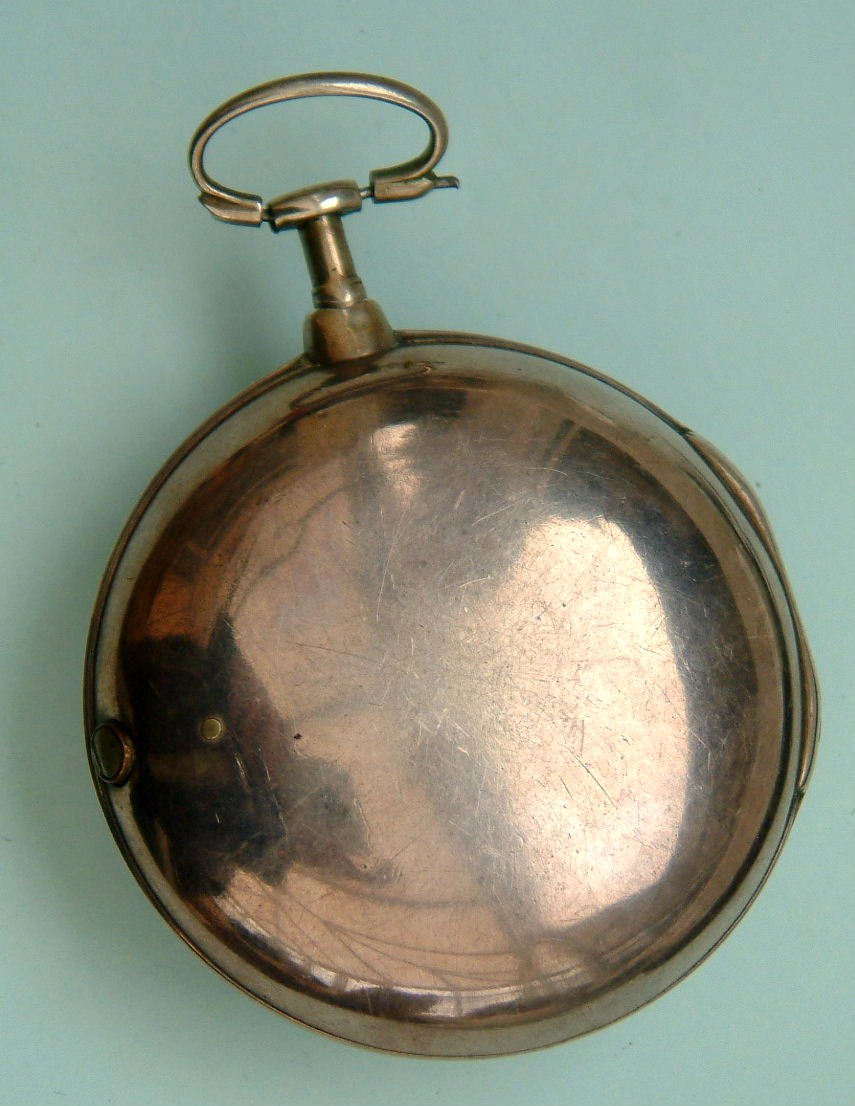 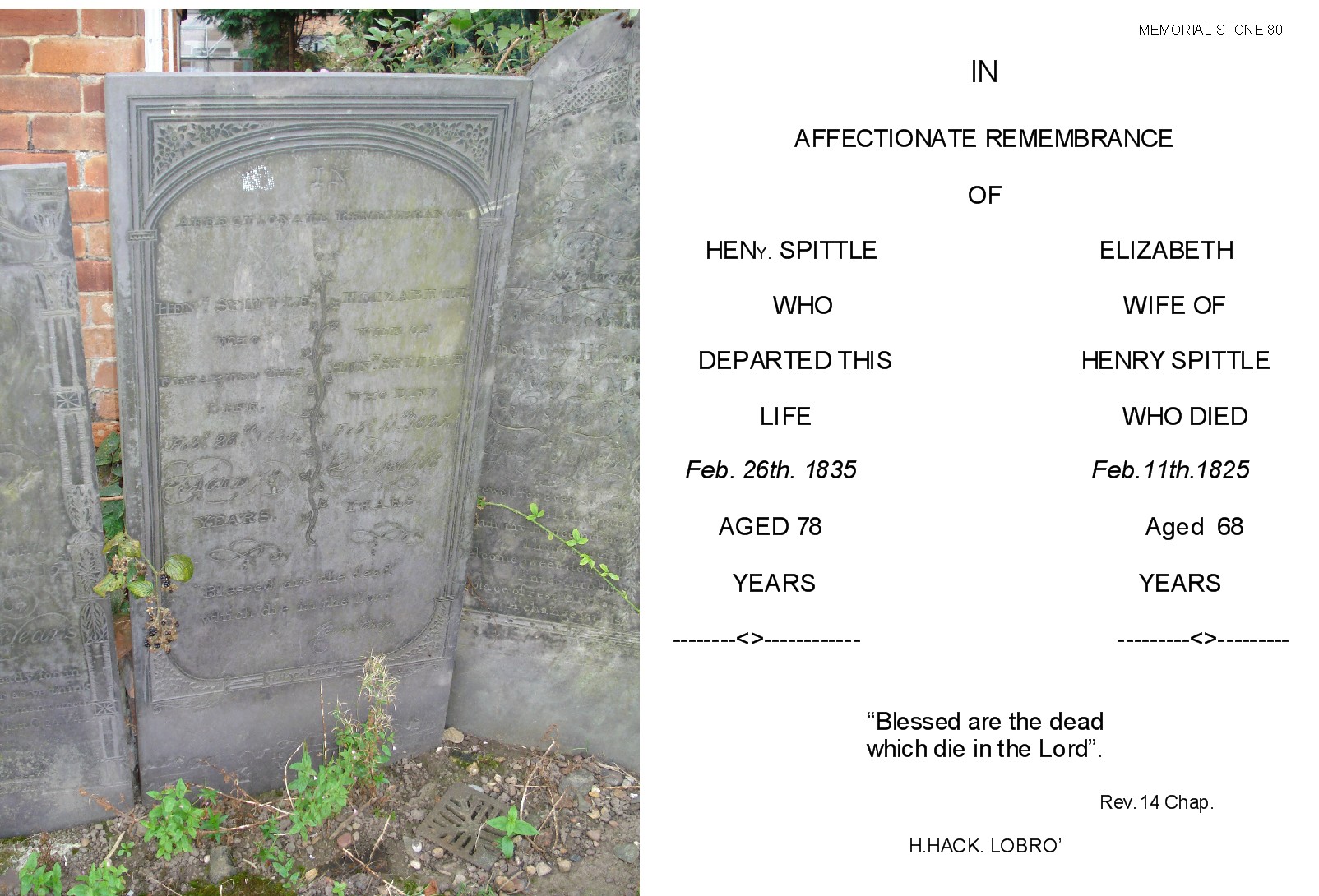