James North.New life in the Antipodes

James North was born in 1823 in Hathern to John North and Hannah Foulds - his picture is already in the gallery of Personal photos with the following description :-

Born in Hathern April 6th 1823, 7th child of 14 to John North and Hannah Foulds. He moved to Loughborough in 1841 and married Sarah Shepherd at Stanford-on-Soar in 1845. In 1849 the couple emigrated to Australia on the ship “Ann Milne” and James worked as a blacksmith in Port Fairy, Victoria. In 1860 he emigrated on ship “SS Active” to Dunedin, NZ, settling in Portobello, Otago (315 acres). On Sept 18th 1877 he accidentally drowned in Otago harbour. The couple had 11 children (2 in England, 4 in Australia and 5 in New Zealand).
Here you can see more pictures of his life obtained from Ancestry. Below is Dunedin in 1861. 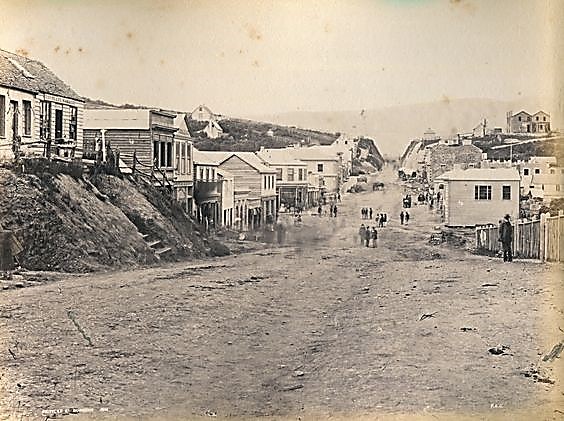