The following is a Canadian newspaper article about the exploits of William Peberdy who grew up in Wide Street Hathern. The Peberdys were a well known Hathern family. His many deeds of courage are described which include saving people from the river in England (river Soar) and Paris, Ontario (river Nith). William is also mentioned in a separate article (charity football match 1907). 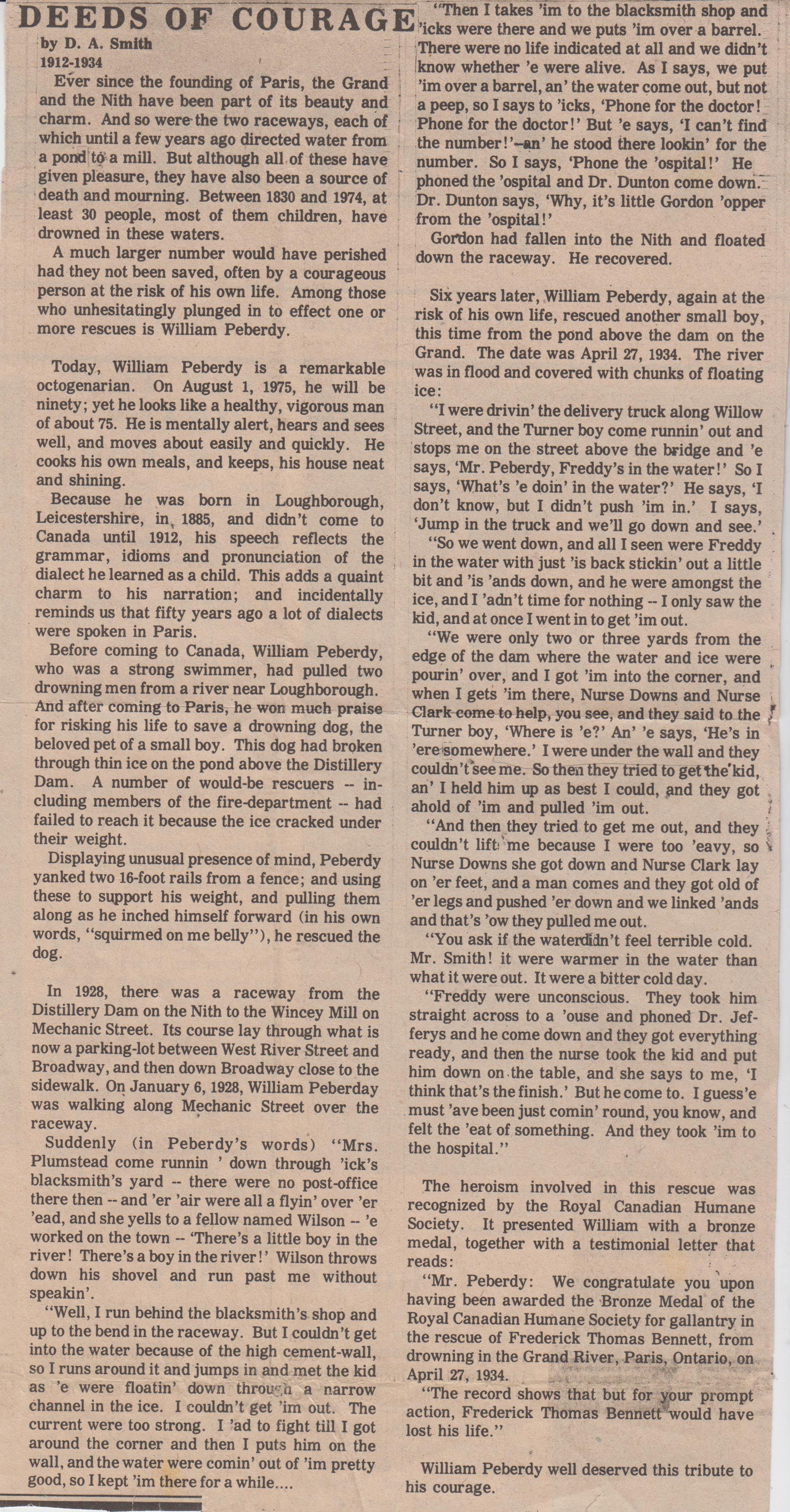