Memories of old Hathern in 2 letters

In a news article from Nov 3rd 1961, George Dutton, then living in Nottingham, recounts how he has received a letter from an old army pal from World War 1 enclosing a photo of Hathern School's 1909 production of Cinderella , in which George was a page boy, along with Bob Spencer (who died in the war).  In a connected article, another person recounts how he has received a letter from Glyn Lawrence from Australia the son of Hathern's Rector J.G. Lawrence. Glyn asks if George is related to Duttons the butcher who lived opposite the Dewdrop. Glyn also remenisces about his happy childhood in Hathern, swimming and boating, following the hounds and attending school picnics at Garendon Hall. You can read the 2 articles here.  The Cinderella photo is in the School Gallery and is reproduced below :- 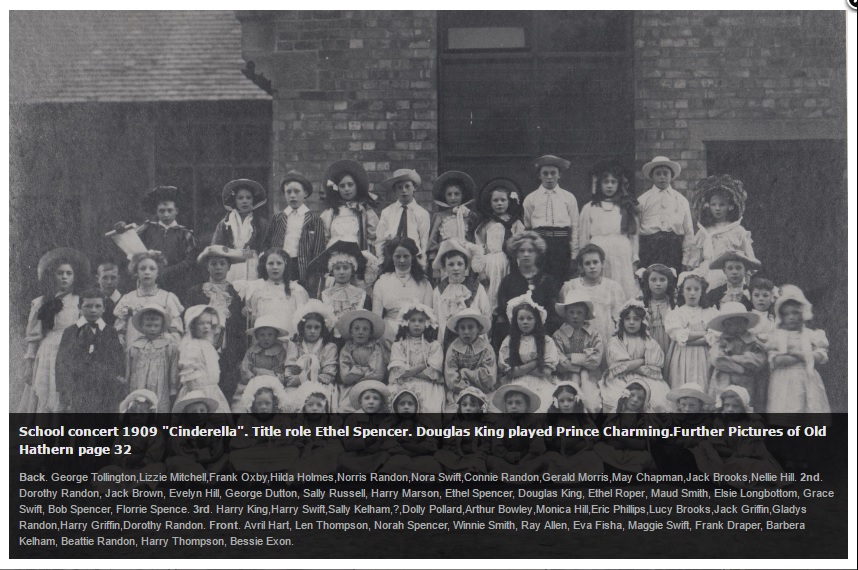