65,000 enumerators across the country delivered forms ahead of the chosen day. On 29 September 1939, householders were required to record details on the registration forms. On the following Sunday and Monday the enumerators visited every householder, checked the form and there and then issued a completed identity card for each of the residents. All cards at this time were the same brown/buff colour.Every man, woman and child had to carry an identity (ID) card at all times.

Three main reasons for their introduction:

The more commonly found blue version of the identity card (see image) was issued in 1943 for adults. Until then, adult identity cards had been brown, the same colour as children's cards. Government officials had green ID cards with a photograph whilst those in the armed services had separate identification cards.

Children under 16 were issued with Identity Cards but they were to be kept by their parents. Identification was necessary if families got separated from one another or their house was bombed, and if people were injured or killed.

The sections in the card showing the change in address were important, as many people moved several times during the war.

Below is the Registration Card of Gladys H L Newbold of Loughboro Road.The card nunber is like a post code - RFGM is the neighbourhood, 29 is the building (not house no.) and 4 is the position of Gladys in the household. 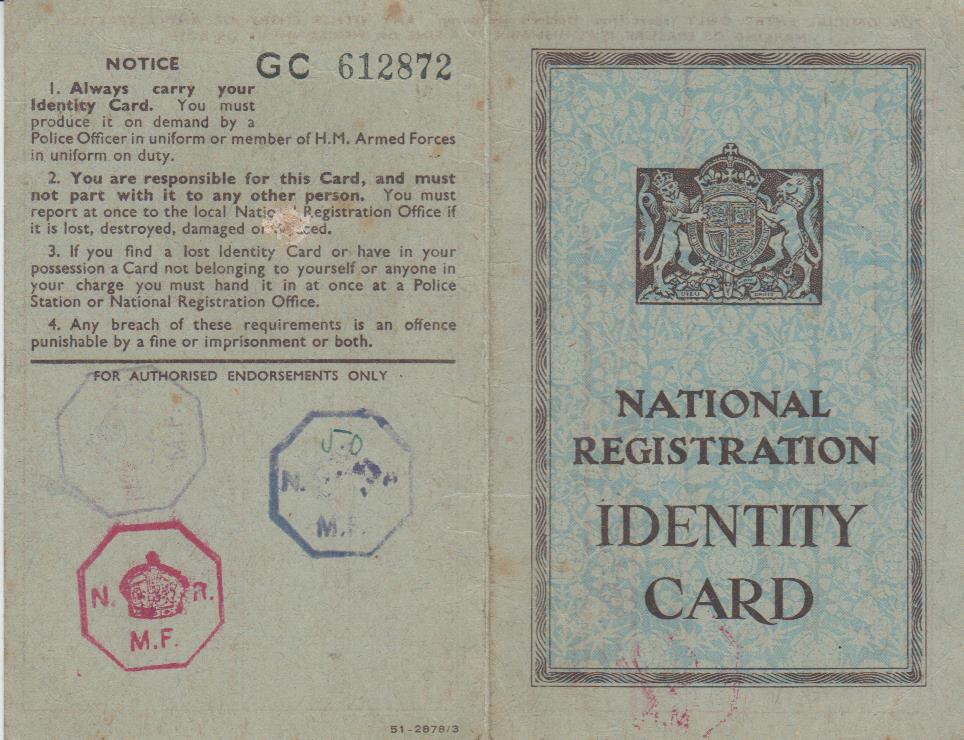