Yarker lived in the right-hand house of the 3 terraced house, once known as Charity Row because of their proximity to the Charity Room which was was used for private functions, Sunday School lessons and as a changing room for the newly re-formed Hathern United Football Club, complete with tin bath. In 1957, when he was in his 80s, Yarker's recollections of his life were recorded as part of a survey of English dialects, which are now held in the British Library, next to St Pancras Station. You can listen to  the recording here. Yarker talks about his working life in the brickyard and Fuller's factory and remembers the Zeppelin raids of WW1. The recording was made by a person from the BBC in his living room - you can hear the clock chiming in the background.You can see here the census sheet filled in by Yarker himself in 1911 when, aged 38, a labourer at the brickyard, he and first wife Mary Ellen were bringing up 8 children, 2 others unfortunately having died as infants. One of Yarker's grandsons recalls life in Charity Row having to sleep 4 or even 6 in a bed, maybe why, on one occasion, all 4 legs of the bed came through the ceiling. Apparently only one washhouse served the whole row and also neighbour Ab Thompson, often leading to squabbles about who had taken the wood for the boiler.

Yarker Hunt was a well known Hathern "character", real name William Henry. Hunt was the most common surname in Hathern in Victorian times.  He was born in around 1875 to Henry and Sarah Ann nee Swift both from Hathern. 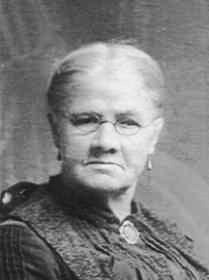 All told he raised 21 children and was married twice. Two of "Yarker's sons "Shino" (real name George, father of Len who was also sometimes called Shino) and "Paddy" were well known characters in the village in the 1950s and 1960s. Paddy was well known for standing 10 yards on the pitch whilst watching Hathern Football club, and despite being a cripple. was often seen pushing his dad in a large wheelbarrow up Shepshed Road to the allotments. Yarker was an enthusiatic beekeeper, and would travel to Derbyshire with the hives on a lorry, sleeping in the lorry for a few days to allow the bees to collect their pollen from the plentiful wildflowers. After his death the bees were looked after by Shino and eventually passed to Mount Saint Bernard's abbey. Some of Yarker's relatives still live in the village. Below are some pictures kindly provided by his granddaughter Sandra.  The lady in the broach picture is thought to be William's second wife, Edith Ellen Bates, nee Henson, who was born in 1889 in Kingston-upon-Soar, and was in service at Kingston Hall. William and Edith had six children - Harry, Jesse, Christine, Winifred, Marjorie and Lola. Edith's 4 children from her previous marriage are included in the 21 mentioned above. 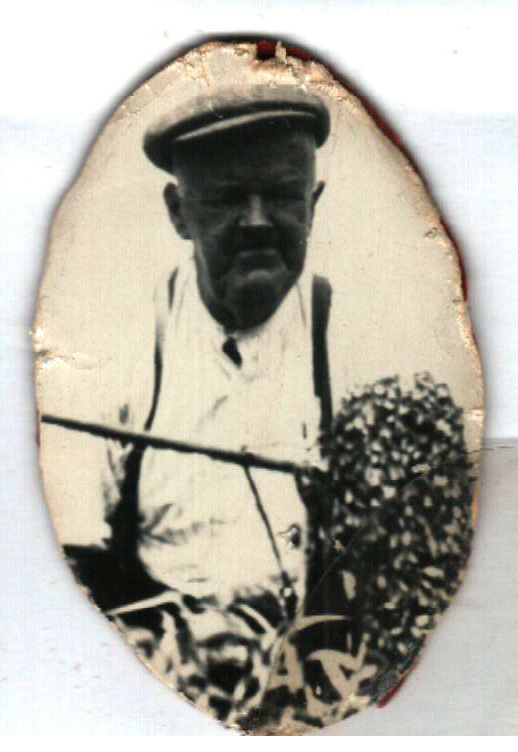 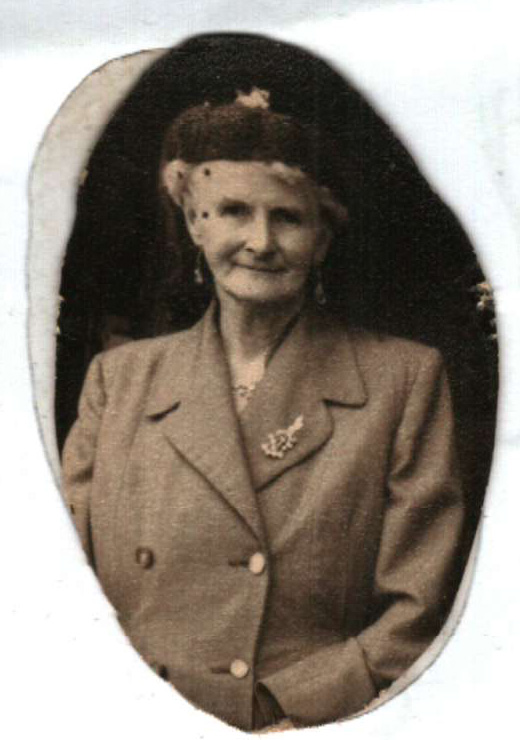 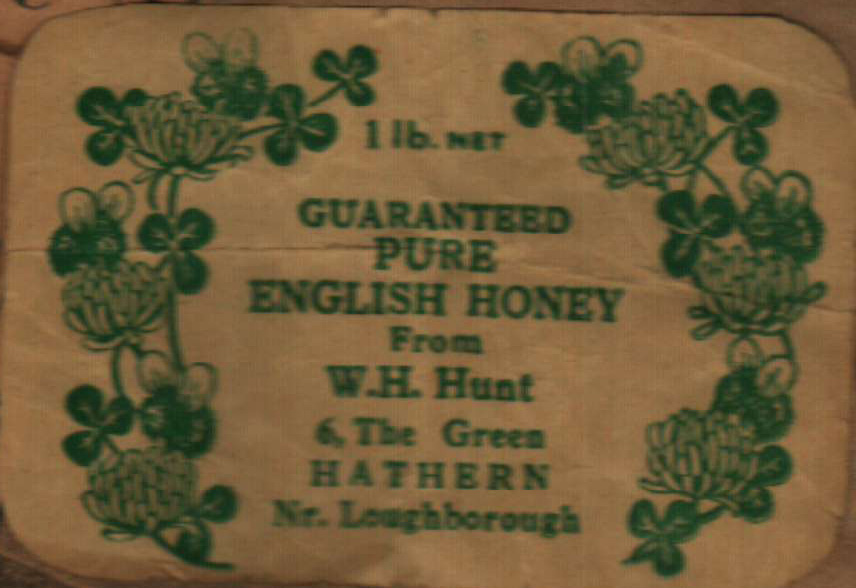 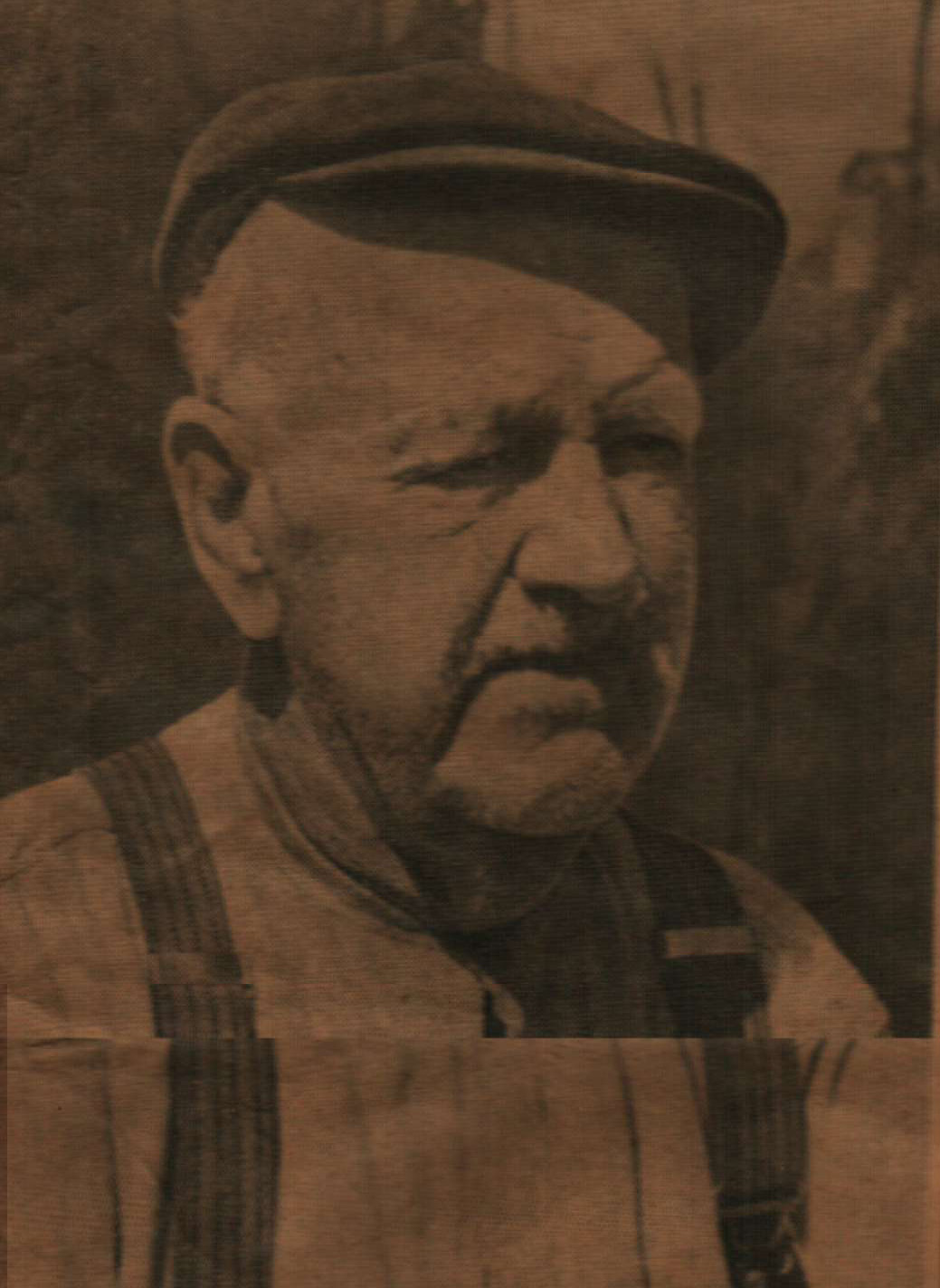 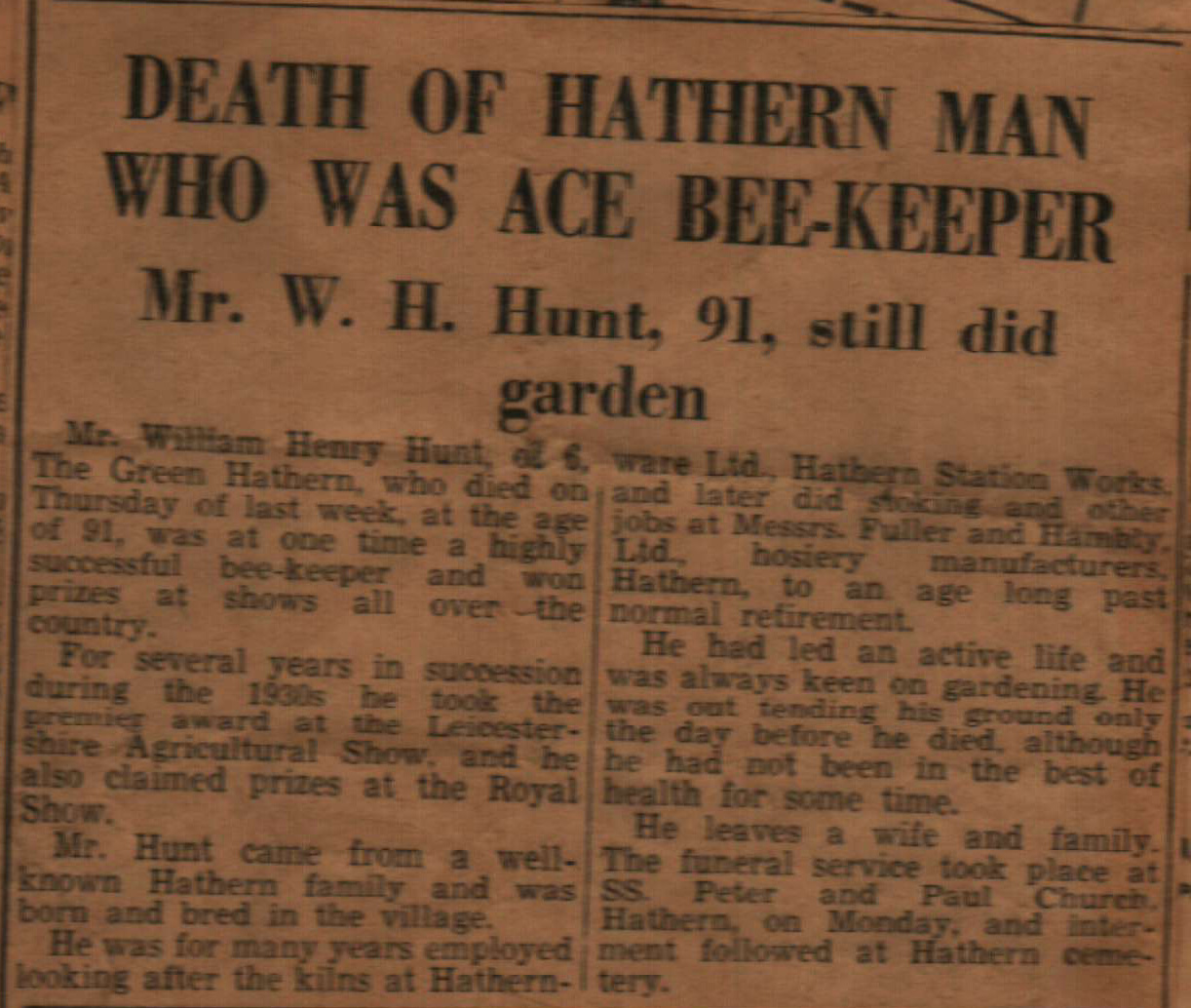