If you are ever searching on eBay for old photographs of Hathern you may notice a few Victorian family photos of unnamed people but all labelled 'ERNEST ANTILL, PHOTO. HATHERN'. It would be nice to think that these are of Hathern people but unfortunately this is almost certainly not the case. Ernest Antill Newbold was in fact born in Mountsorrel in 1854 - his father Charles was a 'Photographic Artist' from Barrow-upon-Soar. The Hathern connection to Ernest is his wife Maria Harriman, daughter of Henry Harriman, sometime malster in Wide Lane, and Hagar Henson of Sileby. Note that this Henry is not the Henry Harriman who later lived in Harriman House. Henry's well-to-do parents were Robert Harriman and Mary nee Buxton. Ernest and Maria had six children, all christened at Hathern.  There is no record of an Antill in any of the Hathern census records except their young son Charles stopping with his grandparents in Wide Lane in 1881. Below you can see what would now be called a business card and at the bottom of this article you can see some of Ernest's photos. 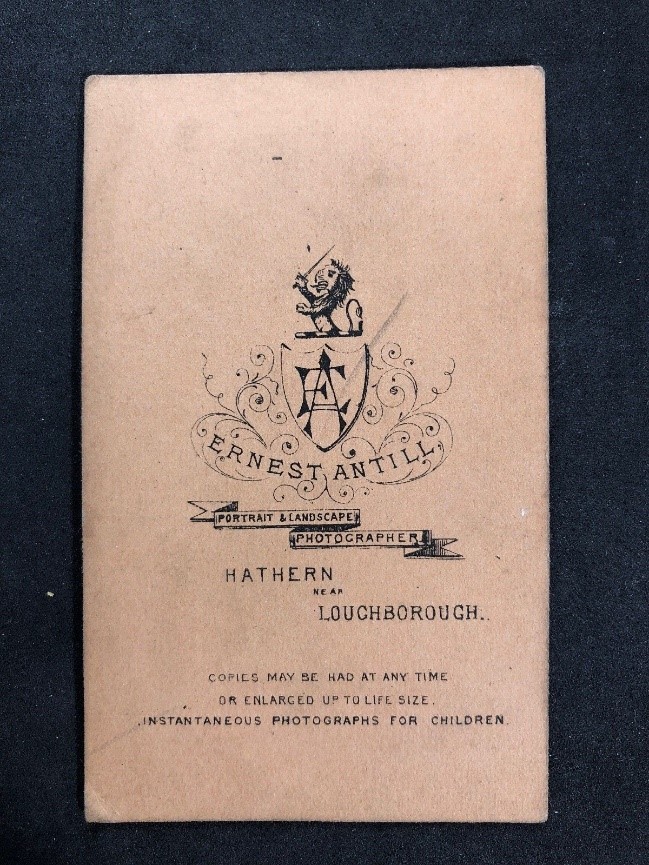 So where was Edward Antill ? In the census of 1861 you can see him growing up in Mountsorrel. By 1871 as young man still at home he is already a photographer -  his family adress given as 'Caravans' on the Green in Mountsorrel. Ernest and Maria were married in December 1874 in Hathern. By 1881 the census shows him as a photographer with Maria and their young family living 'In a field Caravan' in Station Road, Newport Pagnell, Buckinghamshire. Thus it seems that he was something of a travelling photographer. A major development in photographic technique at this time was fuelling the craze for family photos as described below :-

Cartes de visite c.1858-1919 (most common c.1860-1908). The small carte de visite, measuring around 10cms x 6.5cms, was the first commercially produced card-mounted photographic print. Arriving from France in 1858, the carte came of age in Britain in 1860 and rapidly achieved widespread popularity from 1861 onwards, inspiring the ‘cartomania’ phenomenon. Convenient cartes (or cdvs) could be mass-produced and, being fairly inexpensive, extended to all social classes by mid-decade.Copies were collected, given as gifts and exchanged, leading to production of the first purpose-designed photograph albums in the early 1860s. Any collection of early family photographs is likely to include cdvs as they dominated Victorian photography, remaining popular in the Edwardian era.

By 1891 Ernest had made a major life and career change. He and Maria moved to Northamptonshire to finish raising their family. Ernest became an insurance agent. One of their children, Ernest Harry, had moved to Canada in 1911 but sadly was killed when he returned to fight in World War 1. When Ernest senior died in 1920 he left an estate worth nearly £500 to his spinster daughter Clara Antill and to Samuel Linnett an insurance agent.

But more importantly he left behind his photos ! 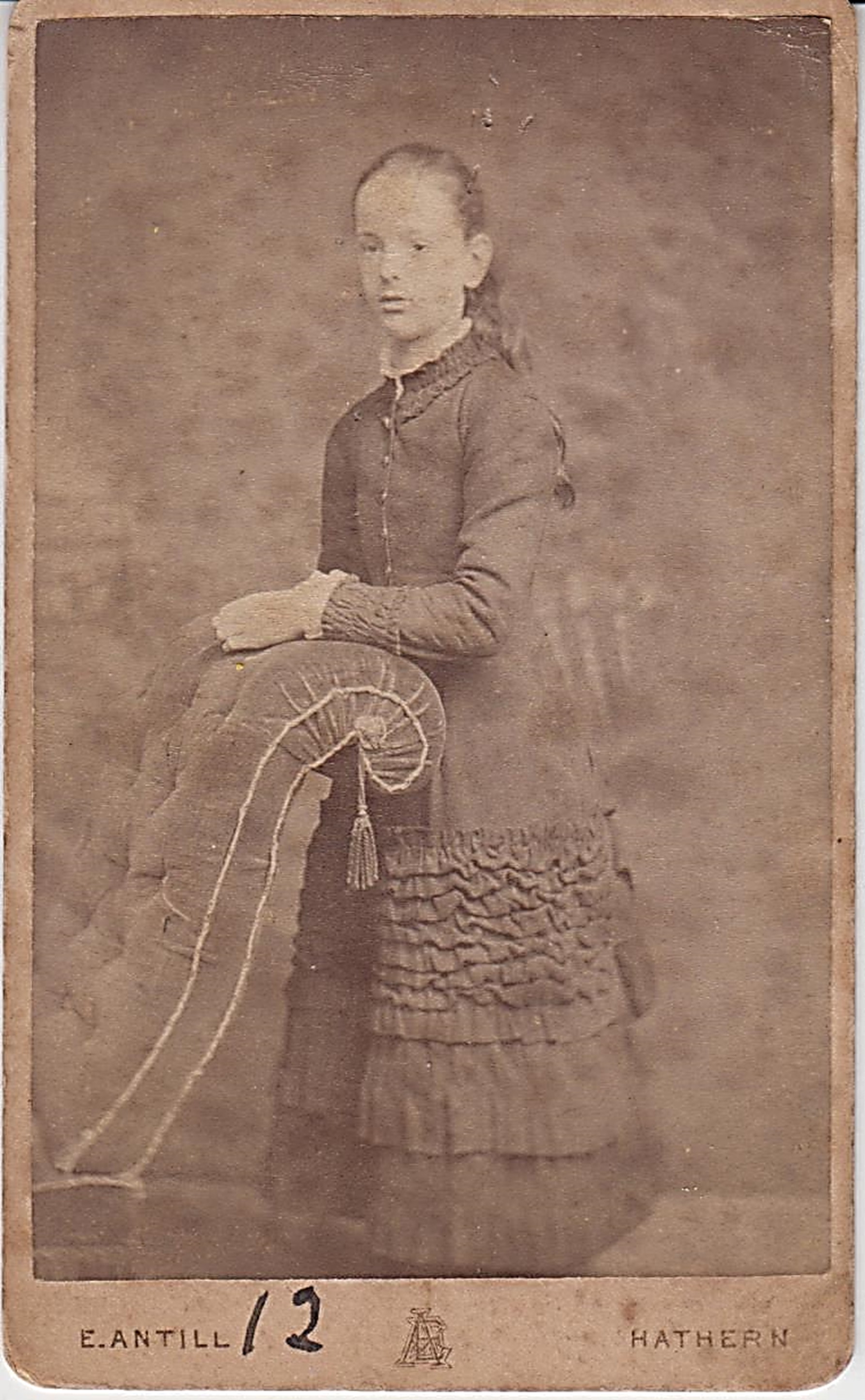 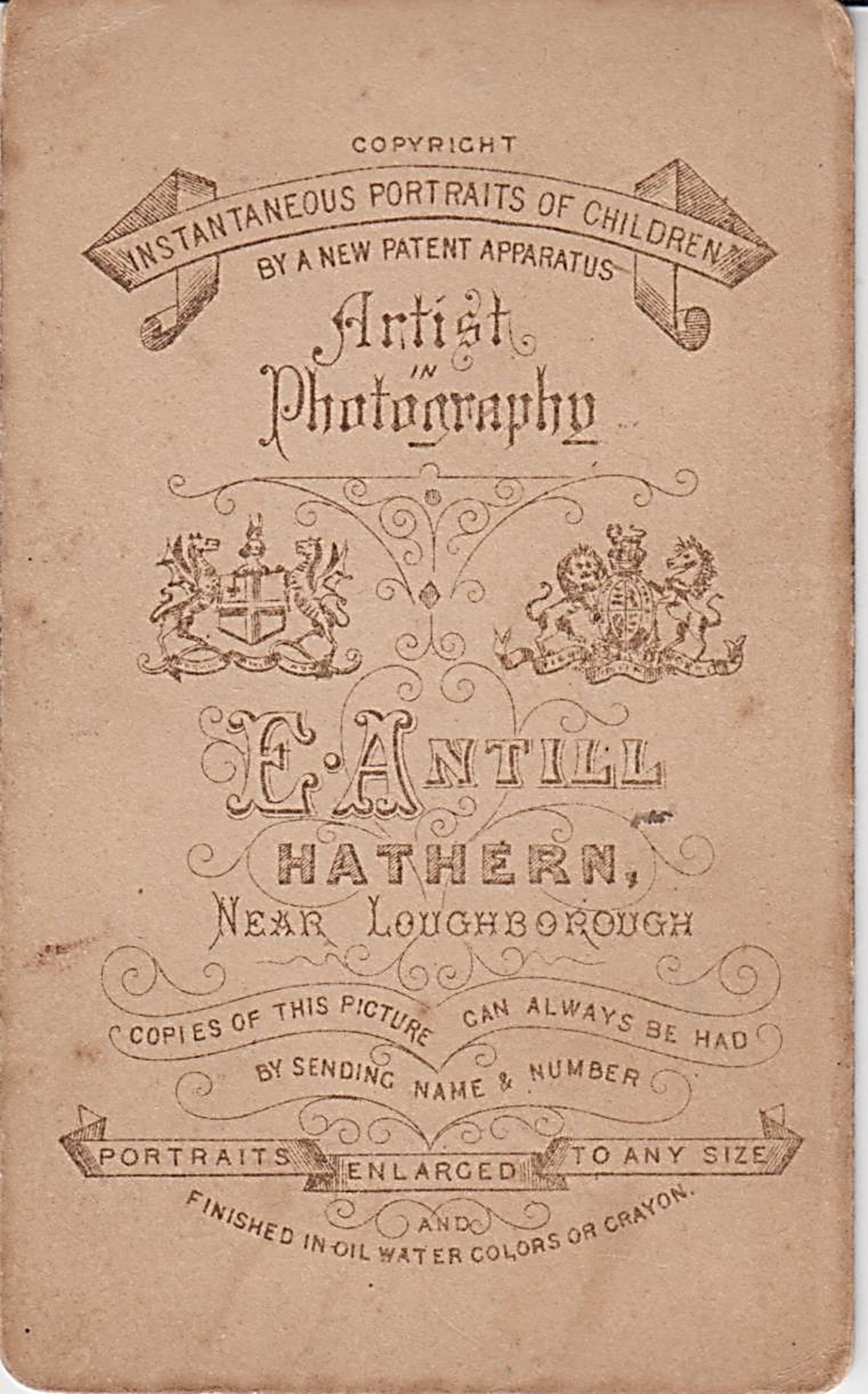 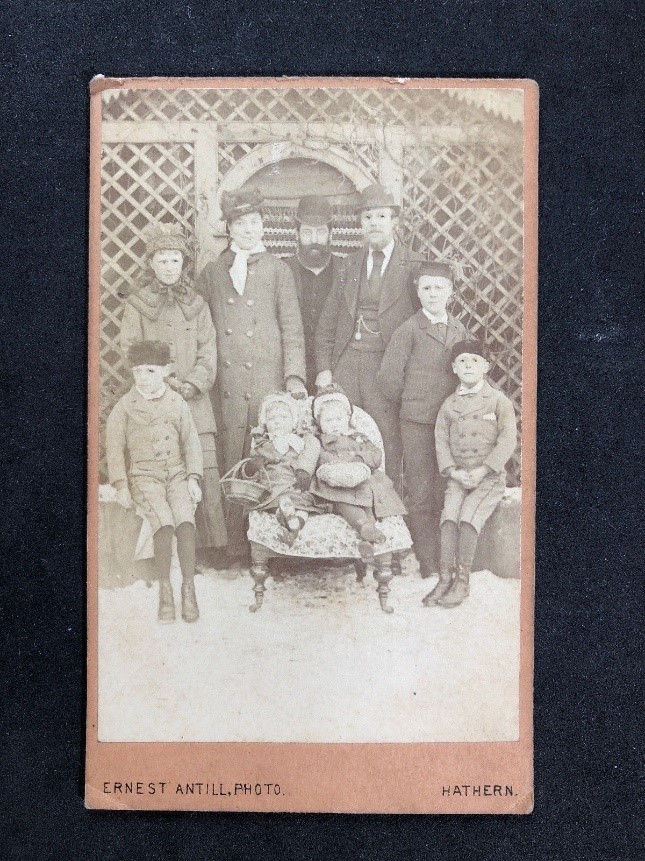 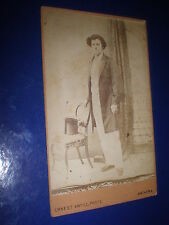 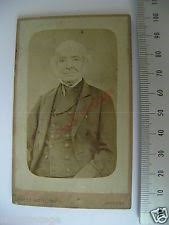 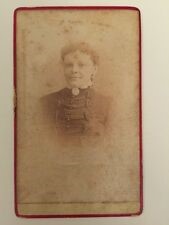 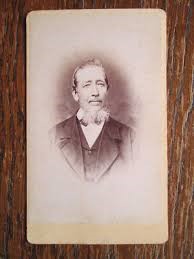 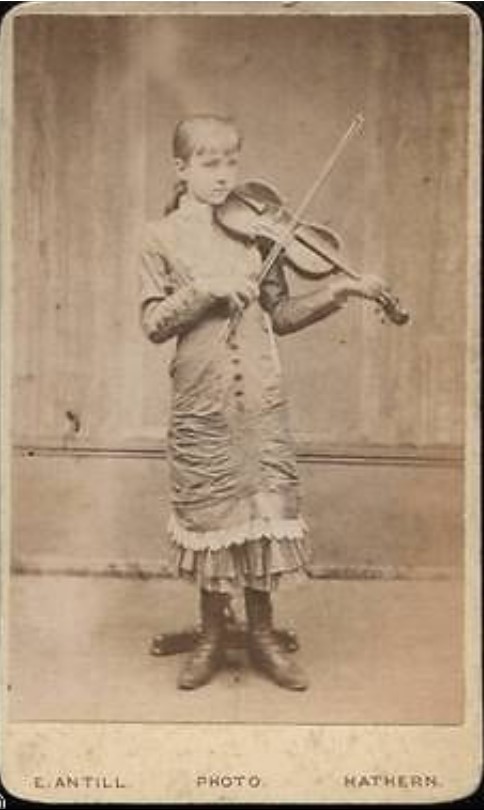 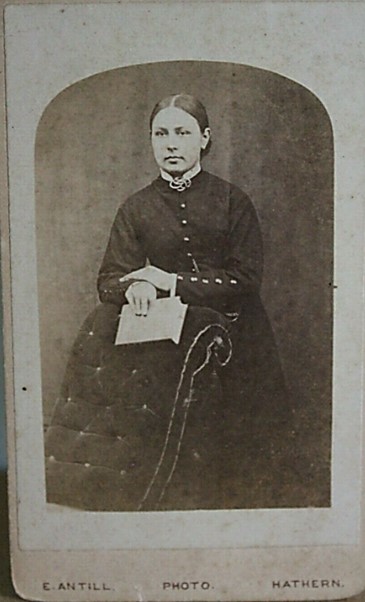 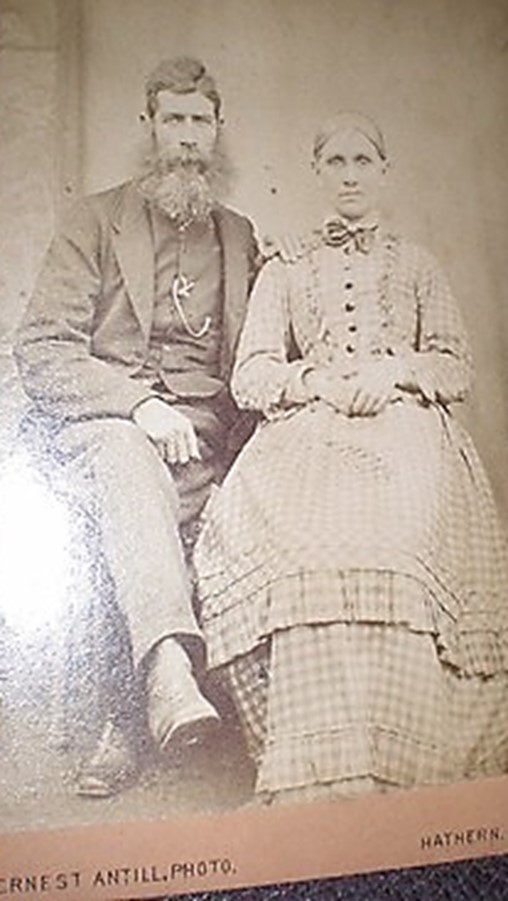 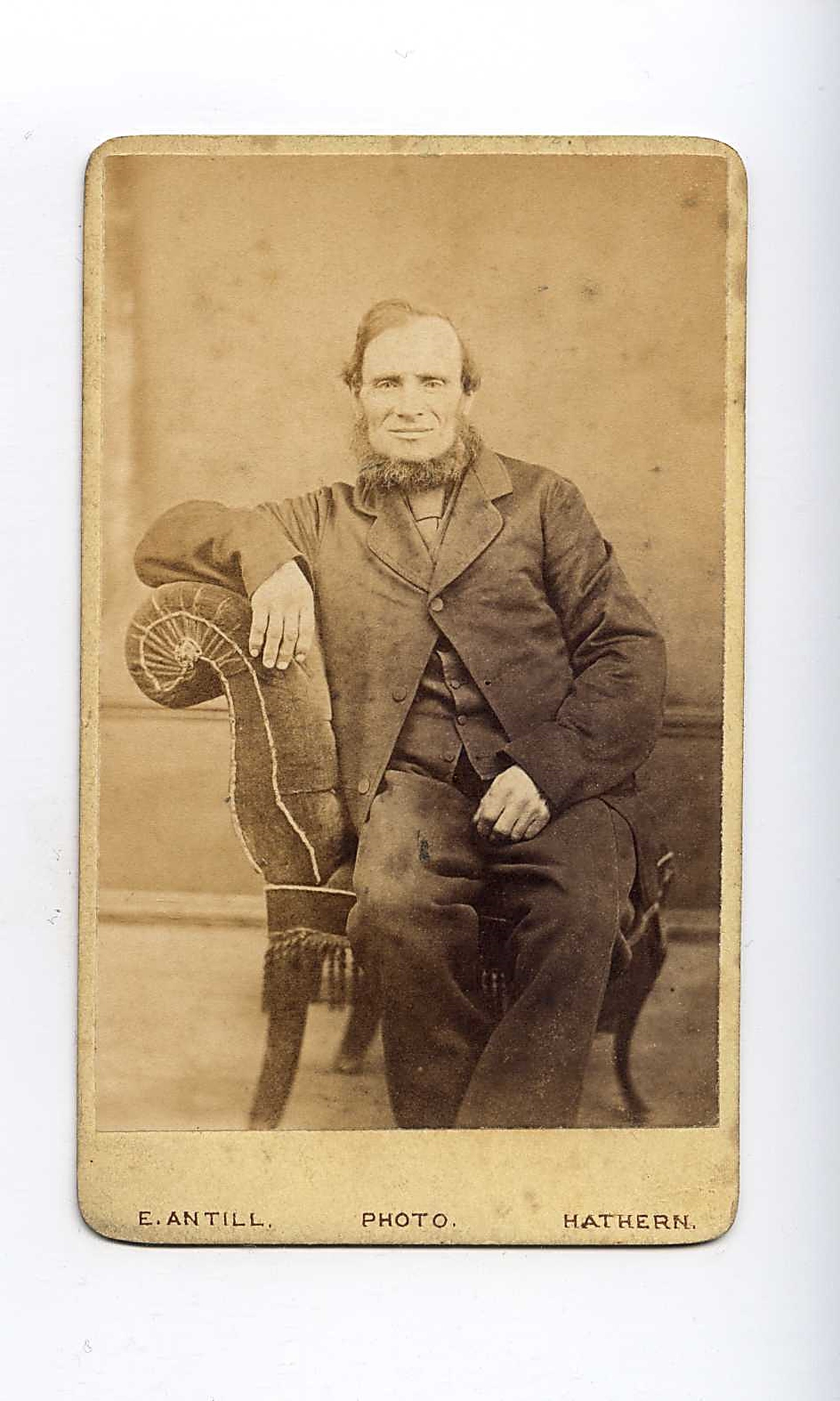 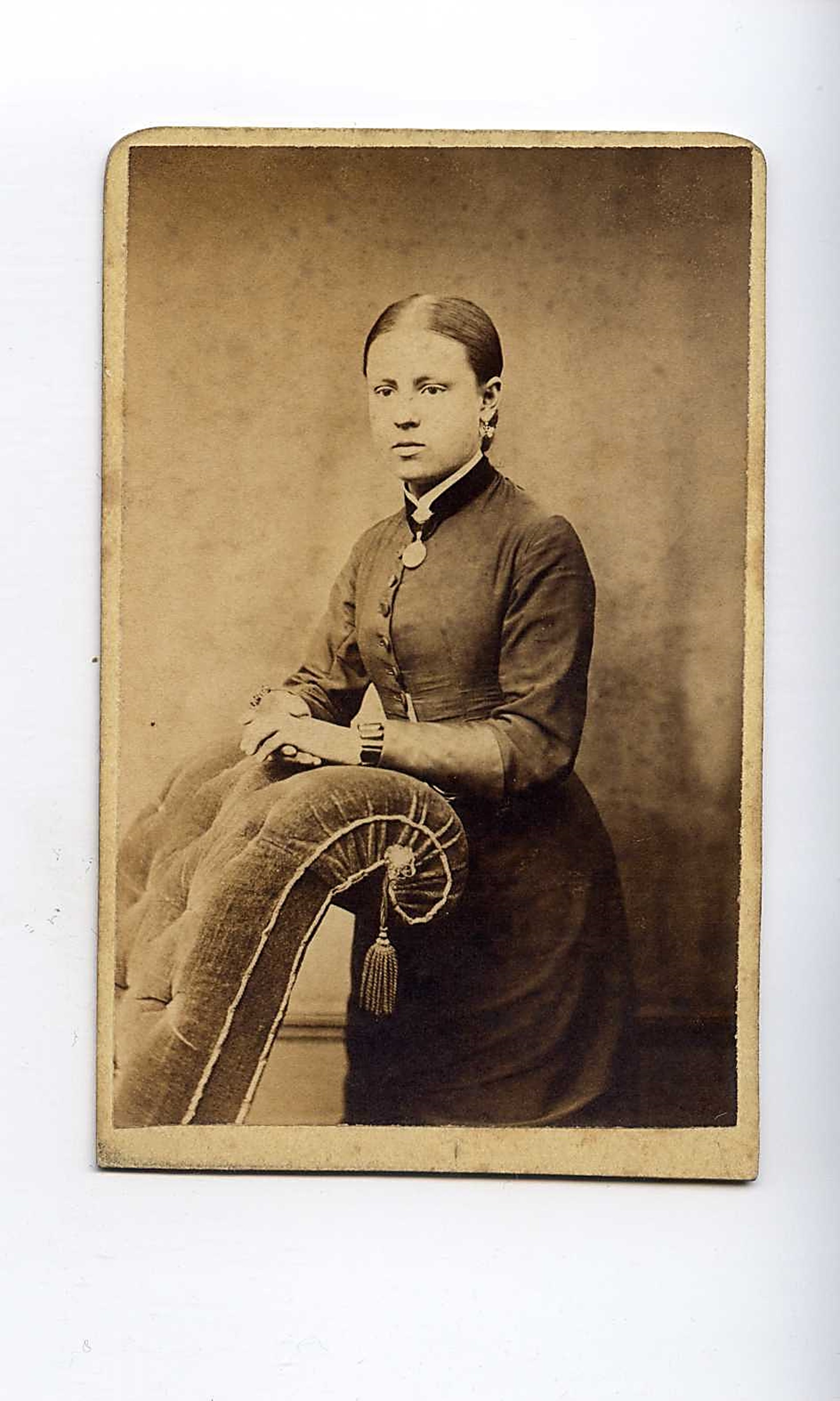