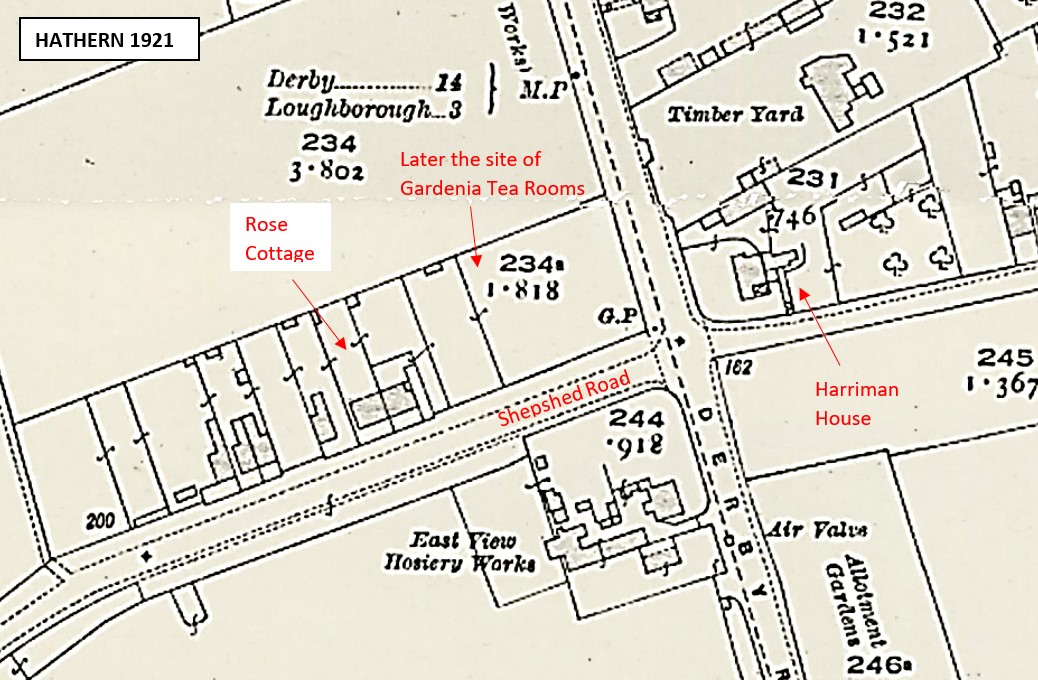 In our book 'Hathern Remembered' you can read all about the Gardenia Tea Rooms a business created by James Fisher and his wife Evelyn, née Tollington. The information about the Tea Rooms was provided by their grandaughter Annie Fisher.

On the map and across Derby Road was Harriman House the home of Alec and Mabel Swift  - Alec was the son of J. Alexander Swift founder of the hosiery business in Cross Street. Across Shepshed Road on the other corner was the East View Hosiery Works, built in the 1890s and later Fuller & Hambley. The few houses that you can see on Shepshed Road on the right were built in 1908. The first pair of semi-detached houses were Glenwood on the right and Rose Cottage where James and Evelyn were living from at least 1921 with sons Len and Douglas, (Annie's father) having moved from a house near Hathern Cross.

In 1927 the Fishers purchased the plot of land at the bottom of Shepshed Road from Leicestershire County Council for £220 and opened their "Tea Rooms" in a garden setting to attract and cater for passing cyclists, business and leisure motorists and motor cyclists. There were once at least 3 such tea rooms in Hathern- Henson's at their filling station and Cowpertwaite's on the Round Bank were 2 others.

Living virtually next to the premises the Tea Rooms were run as a family business- as well as teas food on sale included fish and chips fried by Evelyn's sister Frances (Fran) Tollington. The Tea Rooms also catered for local events including Hathern Wakes where they sold ice-creams and this was where late in life Fran met Albert Clarke from Loughborough, they married in 1935 in the Methodist Chapel in Loughborough and lived at 2 Dovecote Street. Read more of the Tollingtons and Fishers later in this article. Pictured outside Rose Cottage is one of Douglas's motorbikes - he and his friends were the first members of Loughborough Motorcyle Club. One of those friends was Jeff Ashton pictured with Douglas riding pillion.

Click on pictures below to see the Tea Rooms and family members chilling out and other family photos from the 1920s and 1930s. 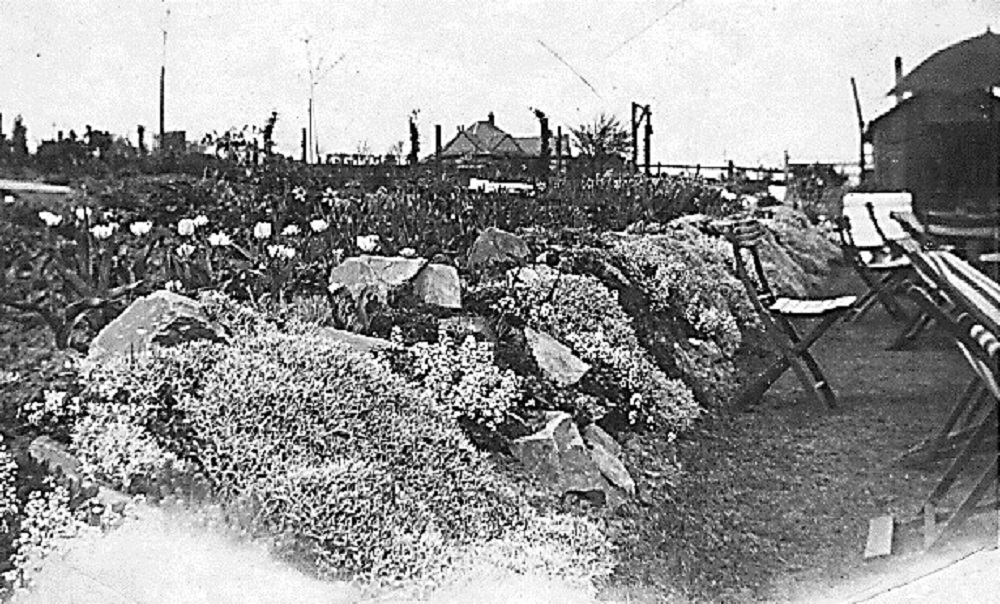 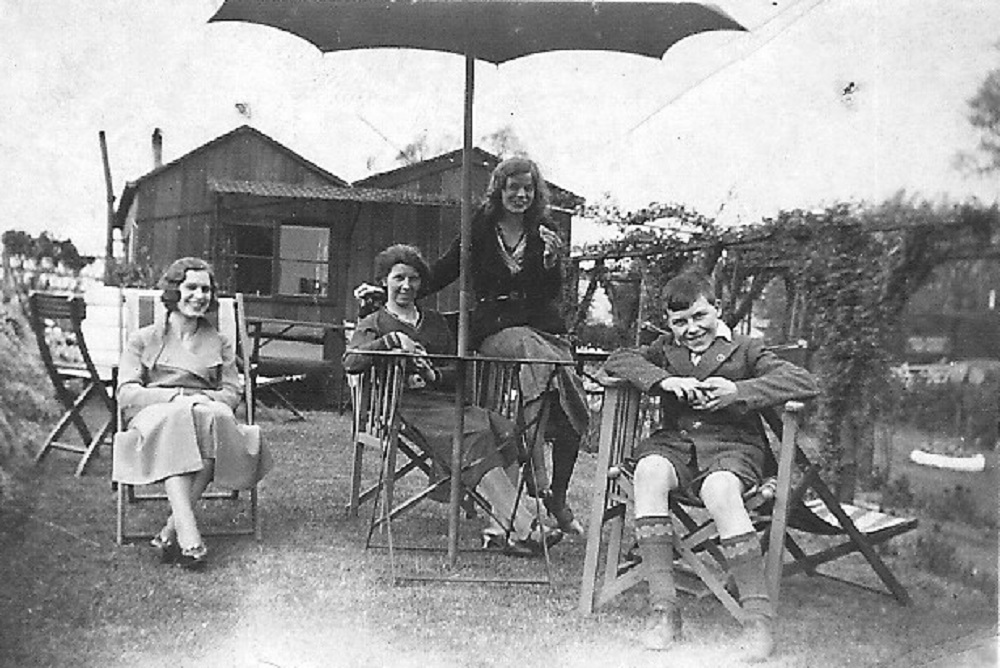 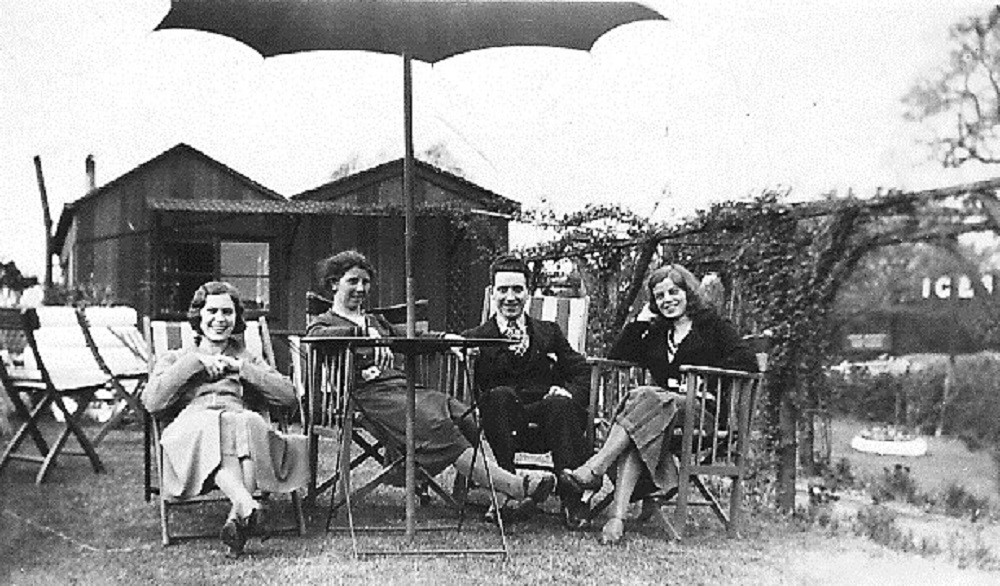 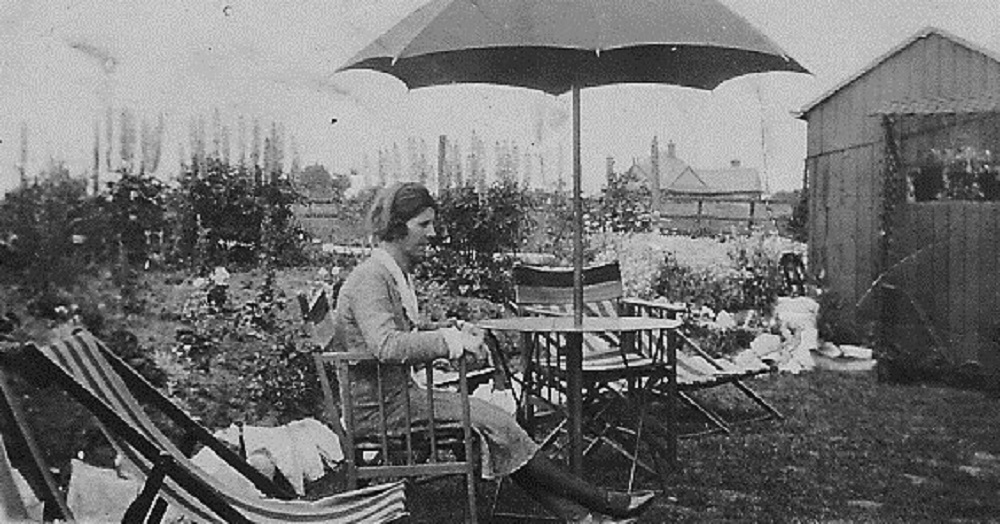 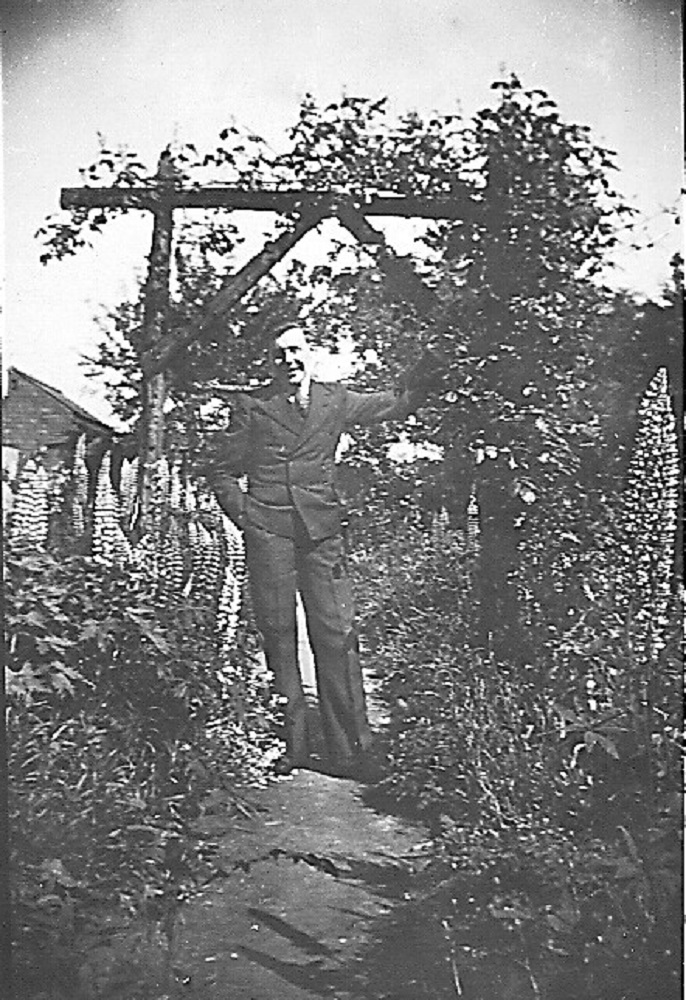 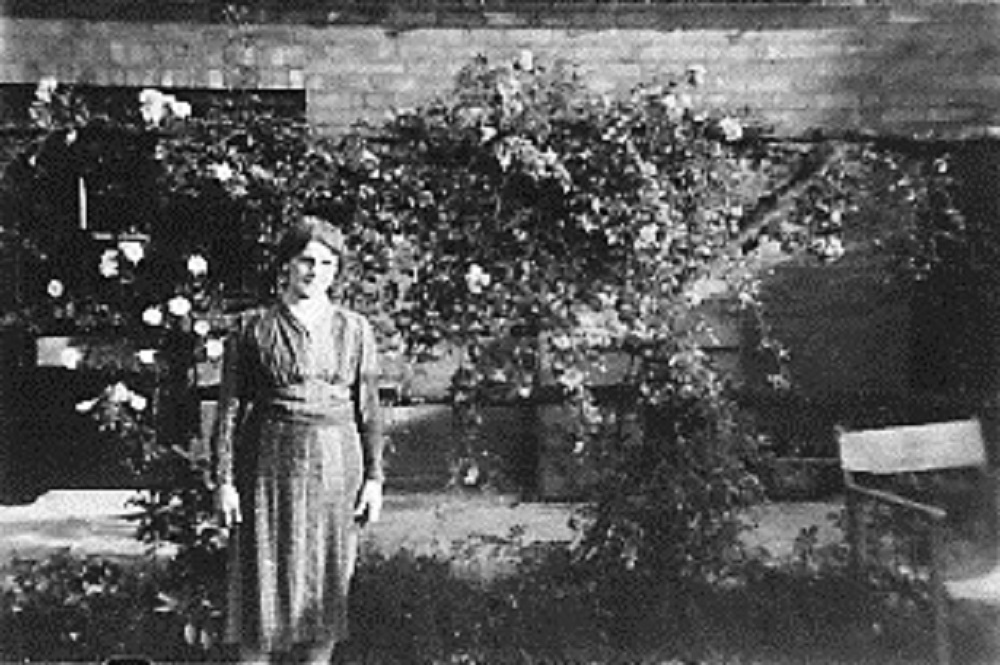 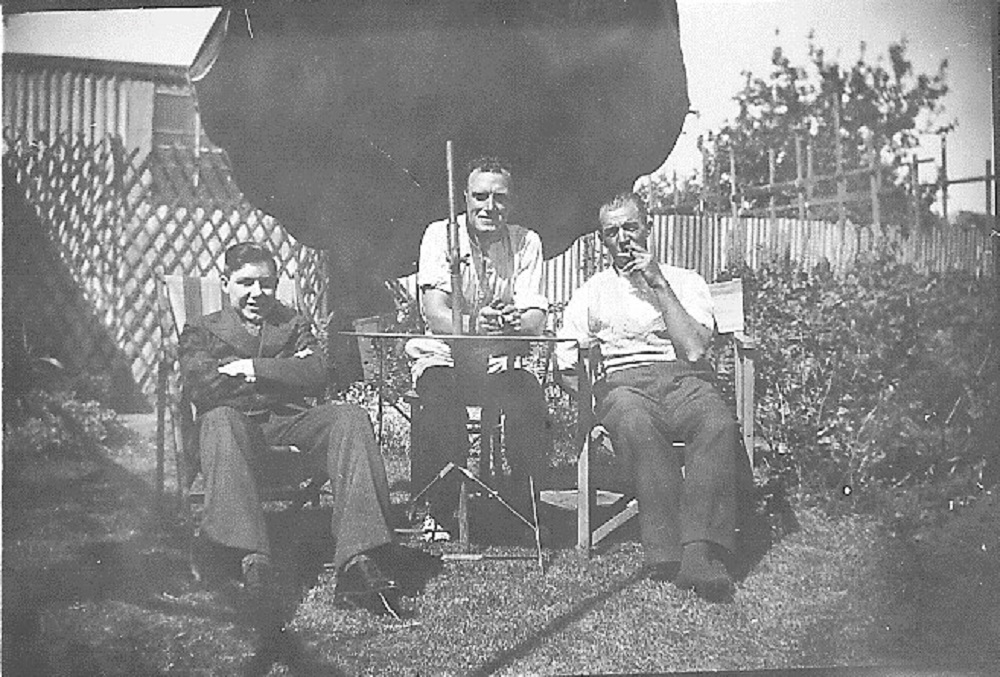 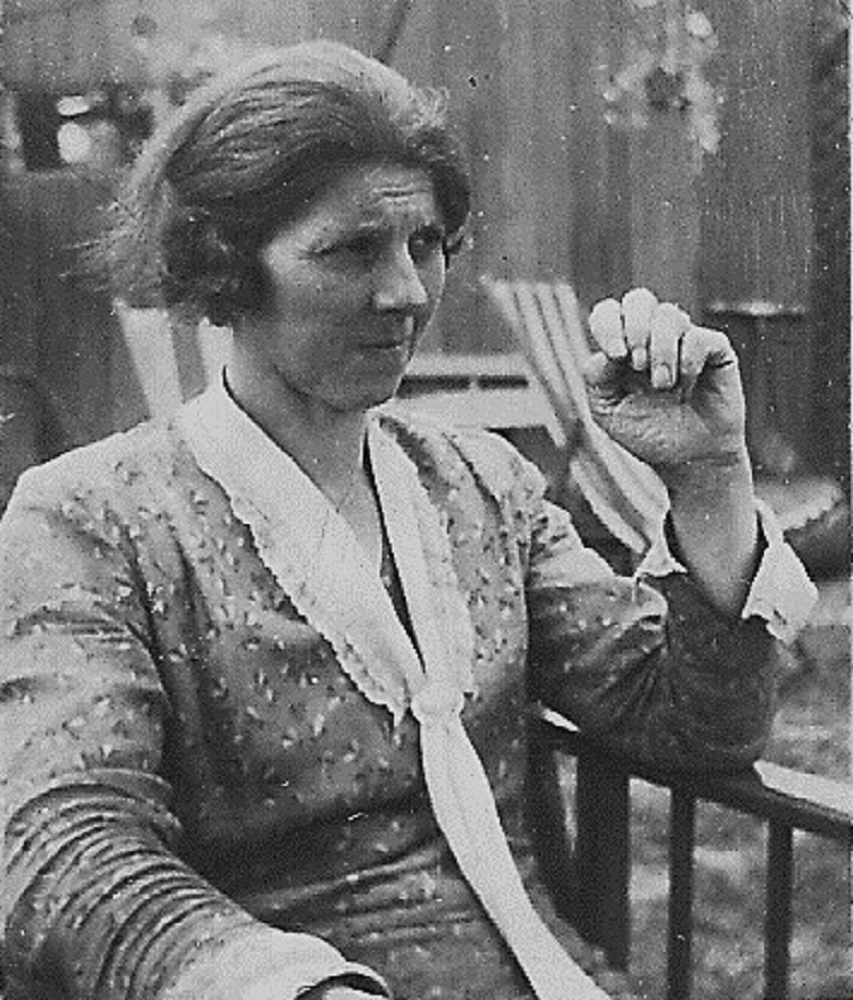 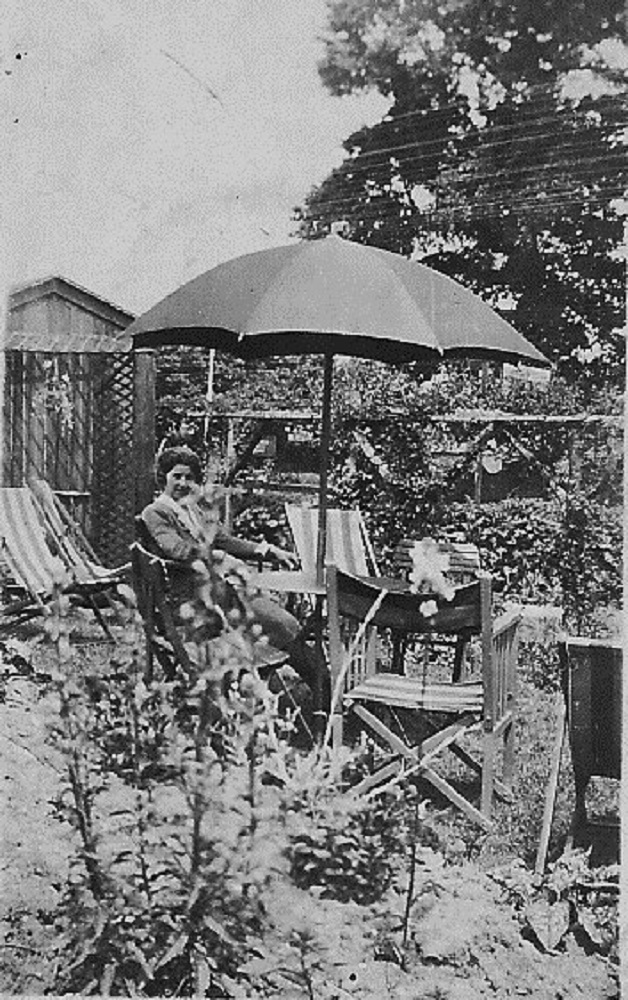 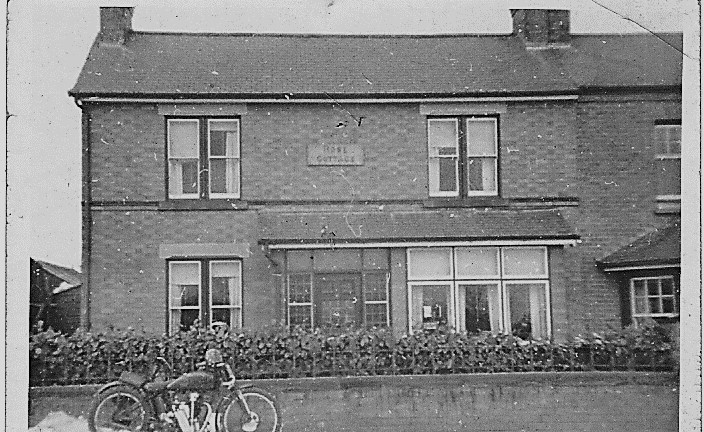 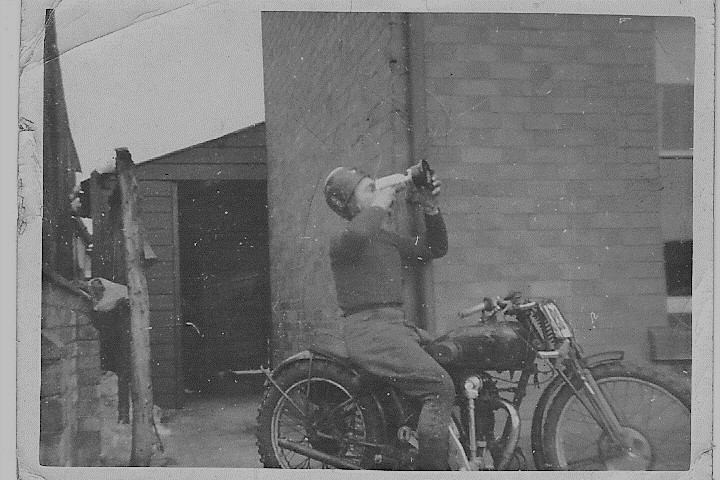 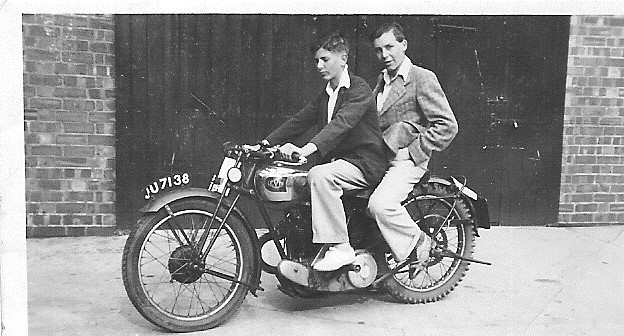 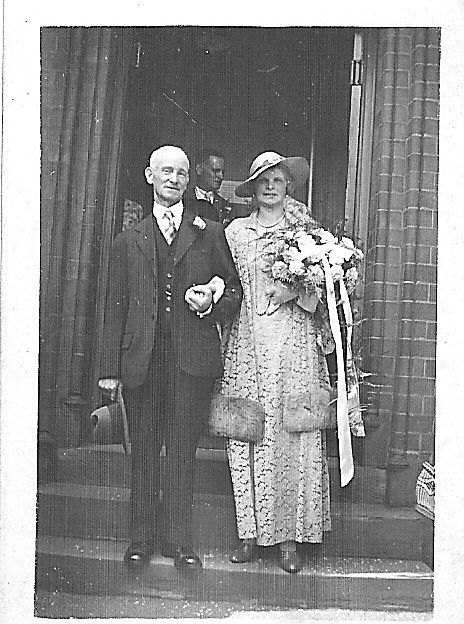 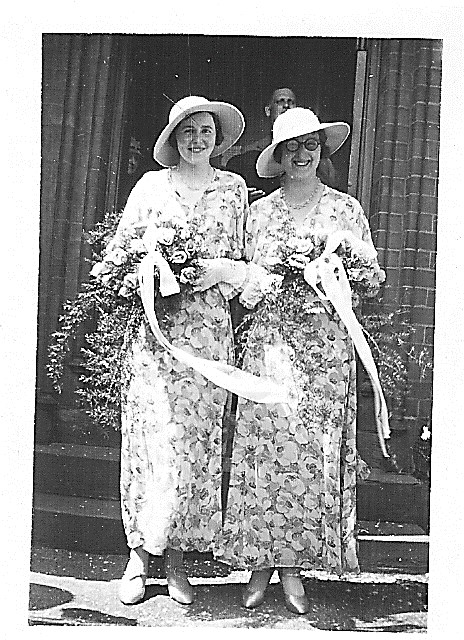 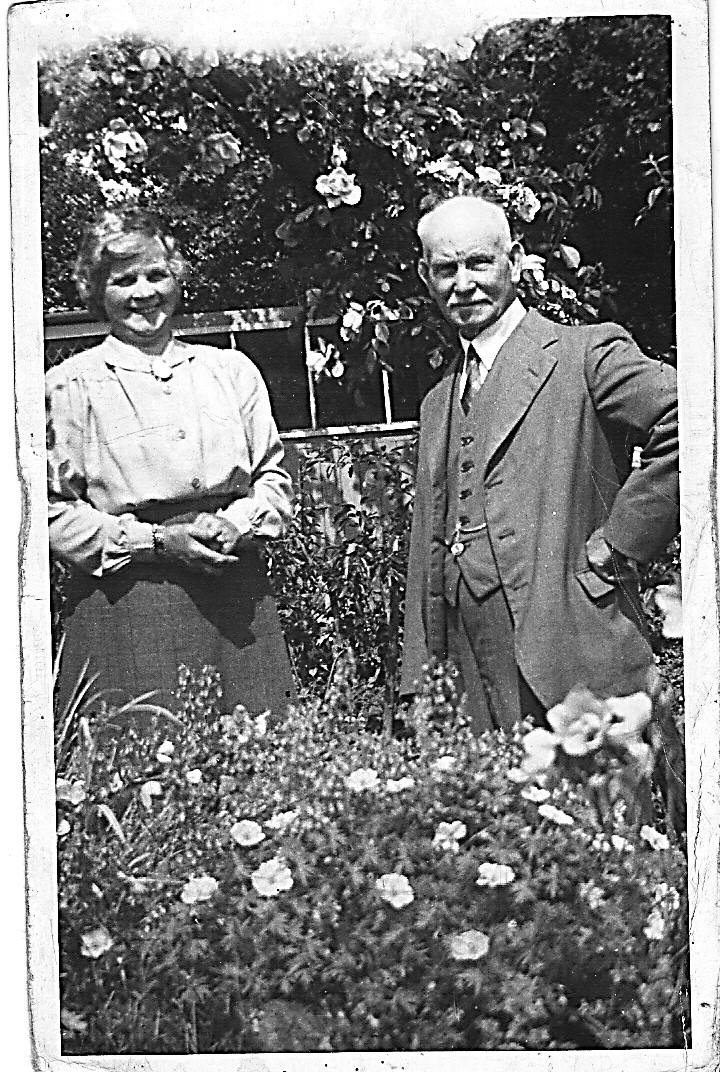 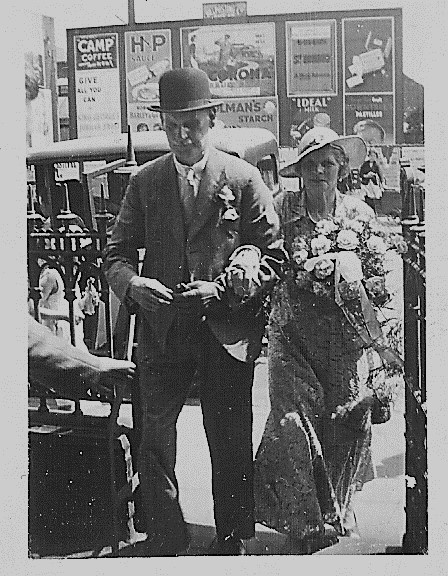 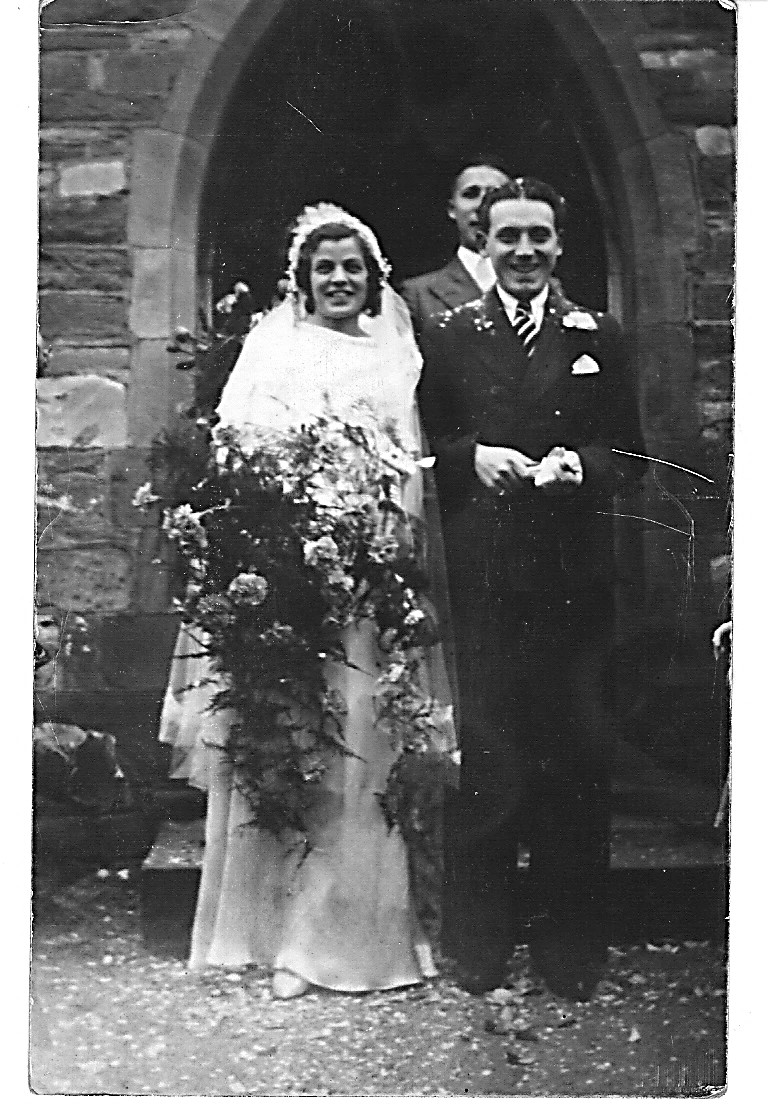 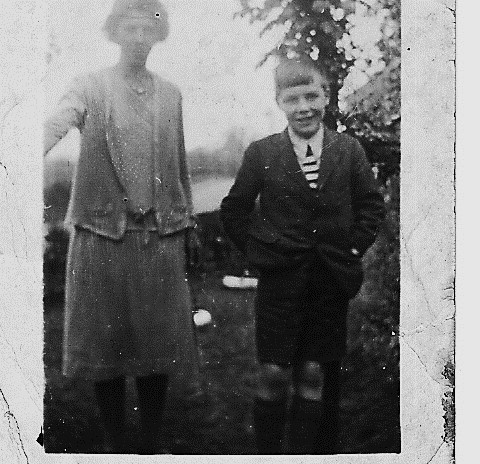 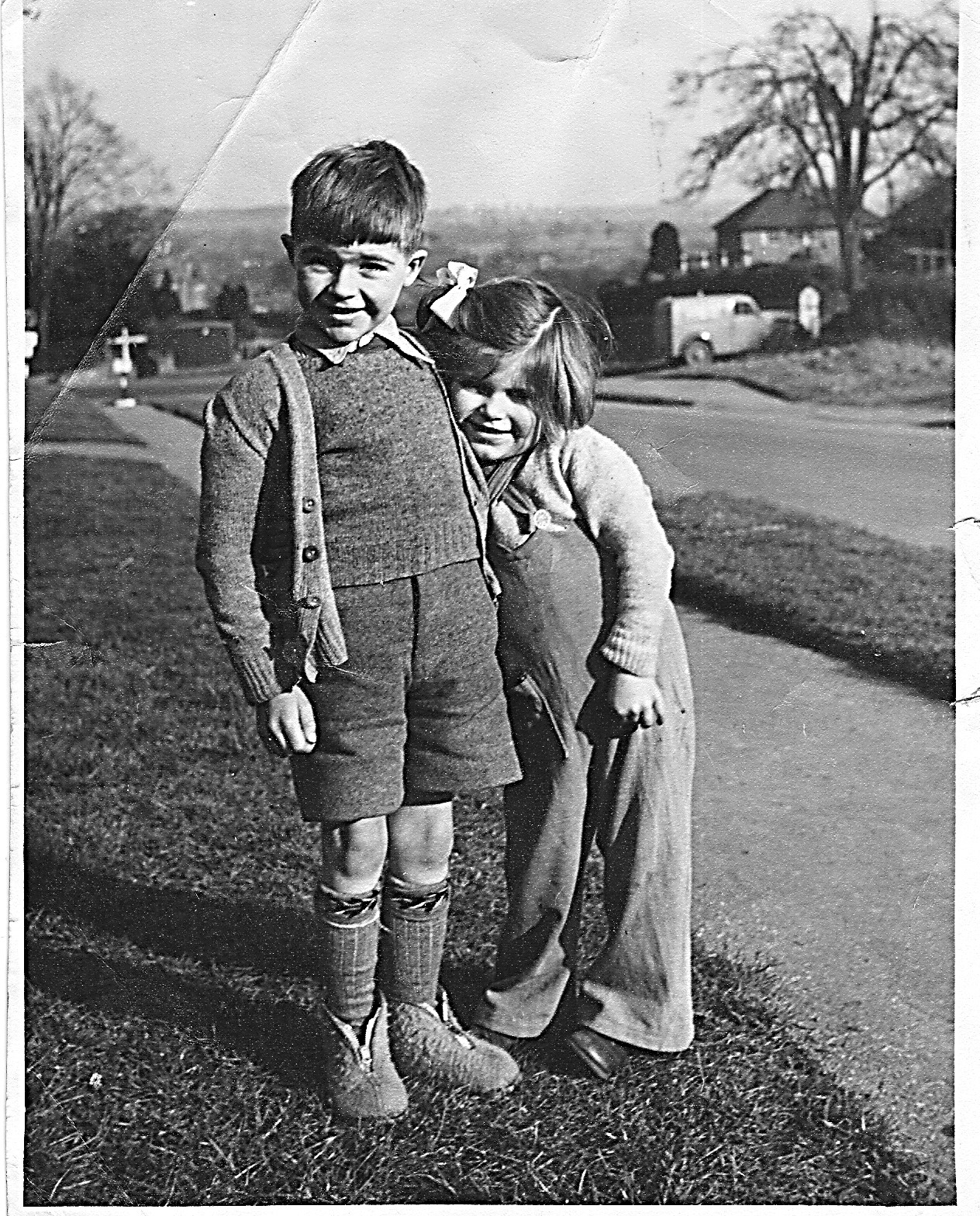 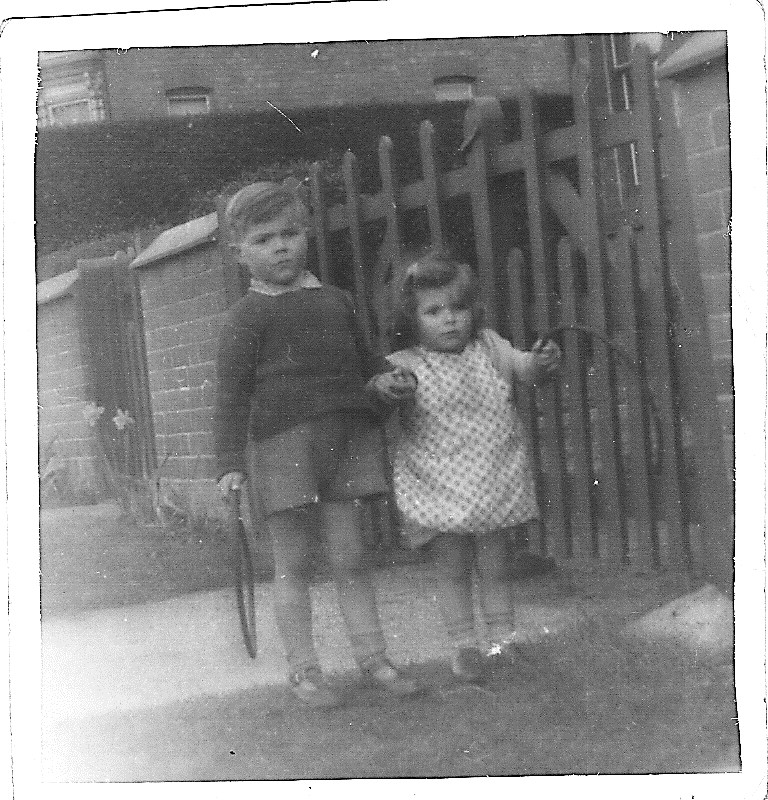 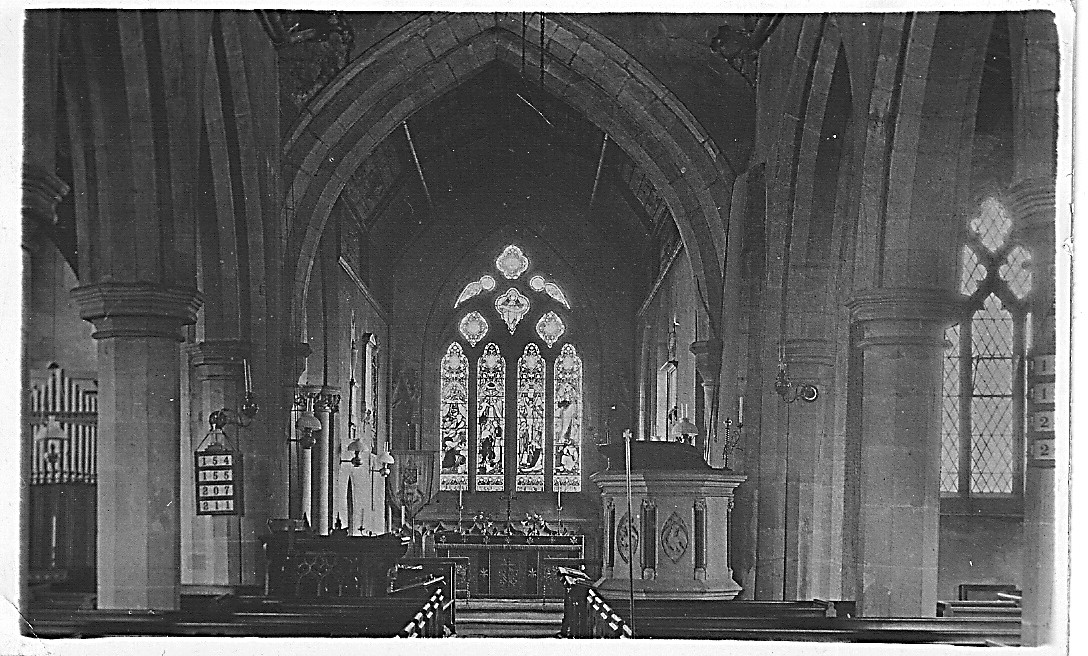 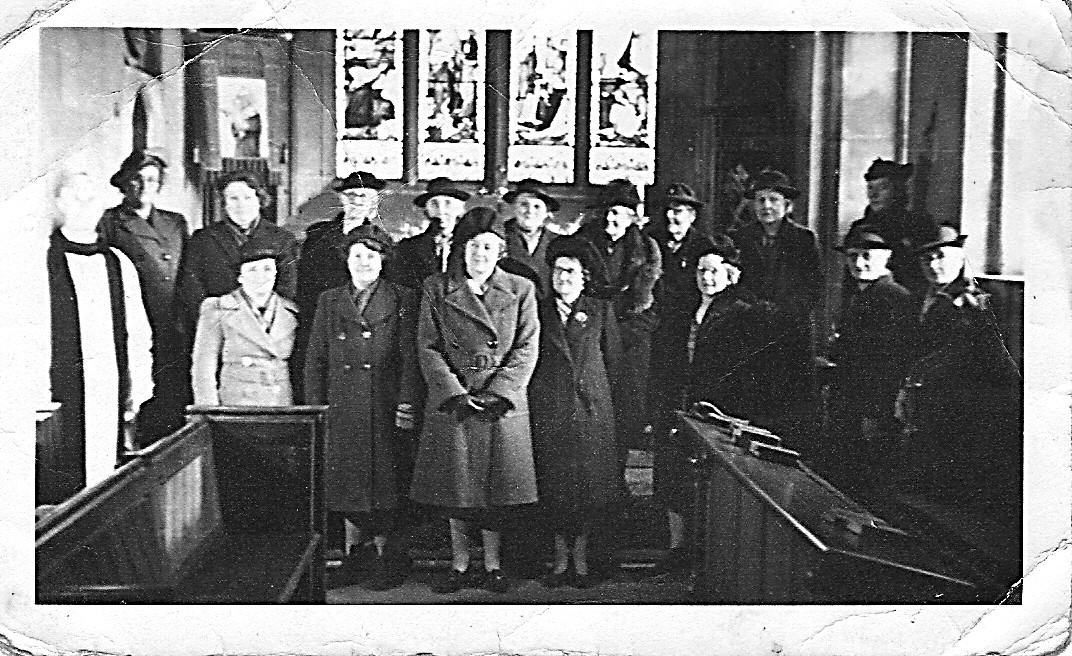 Sadly the idyll was cut short with the sudden death of James aged 49 in May 1933. Letters of condolence to Evelyn indicate the high regard in which James was held. These included letters from John Price on behalf of the Adult School for his contribution to the music festivals; from Mrs. Hillier Secretary of the Mothers Union; from Mabel Swift on behalf of the Women's Institute and from Henry Tollington of Unity Cottages thanking him for his ready help at all times with his musical talents. For a few years the Tea Rooms continued to be run by Evelyn and Fran together with some girls from the village. The business closed in 1938 with the sale of the land for £325 to the Ministry of Transport to facilitate the widening of the A6. Evelyn continued to live on Shepshed Road.

Below we look at the family background of James Fisher and Evelyn Tollington.

James Fisher was born in 1884, the youngest of eleven children of Thomas Fisher from Sileby and Sarah Jordan from Shepshed who had married in 1860 in Loughborough. The couple first appear in Hathern in the 1861 census with Thomas (a stockinger) and Sarah in Golden Square, the centre of framework knitting in  the village. This branch of the Fishers can be traced back in Sileby to the sixteenth century. The connection to Hathern seems to have been initiated by brothers James and William in the mid-nineteenth century. First was James born in Quorndon in 1817 who married Hathern girl Maria Bowley in 1836 and set up home in Tanners Lane. By 1851 James and Maria, both framework knitters, had five children with their two eldest already working. Second was William born in 1821 in Sileby who to say the least lived life to the full. He was married three times. The first marriage was to Mary Peet of Sileby in 1840 and they had six children the eldest of these being Thomas mentioned above. Ancestry family trees tell different stories but what is certain is that William and his second wife Mary Ann, sixteen years his junior, lived in Tanners lane in 1861 with the children from his first marriage.  William is described as a framework knitting employer of six men and was also a Wesleyan local preacher. The Loughborough Monitor of November 2nd 1865 advertises the sale of a cottage three stories high with a shop in the upper story holding eight frames occupied by William Fisher. According to one family tree he had eight more children with Mary Ann who died in 1873. Five years later William married for a third time to Eliza Squire a dressmaker fourteen years his junior with whom he eventually lived on Derby Road. Another Hathern connection was forged when Mary Fisher, elder sister to James and William, married John Price from Hathern and it was their son Henry ('Harry') who later married Dorothy ('Dolly') daughter of John Alexander Swift. 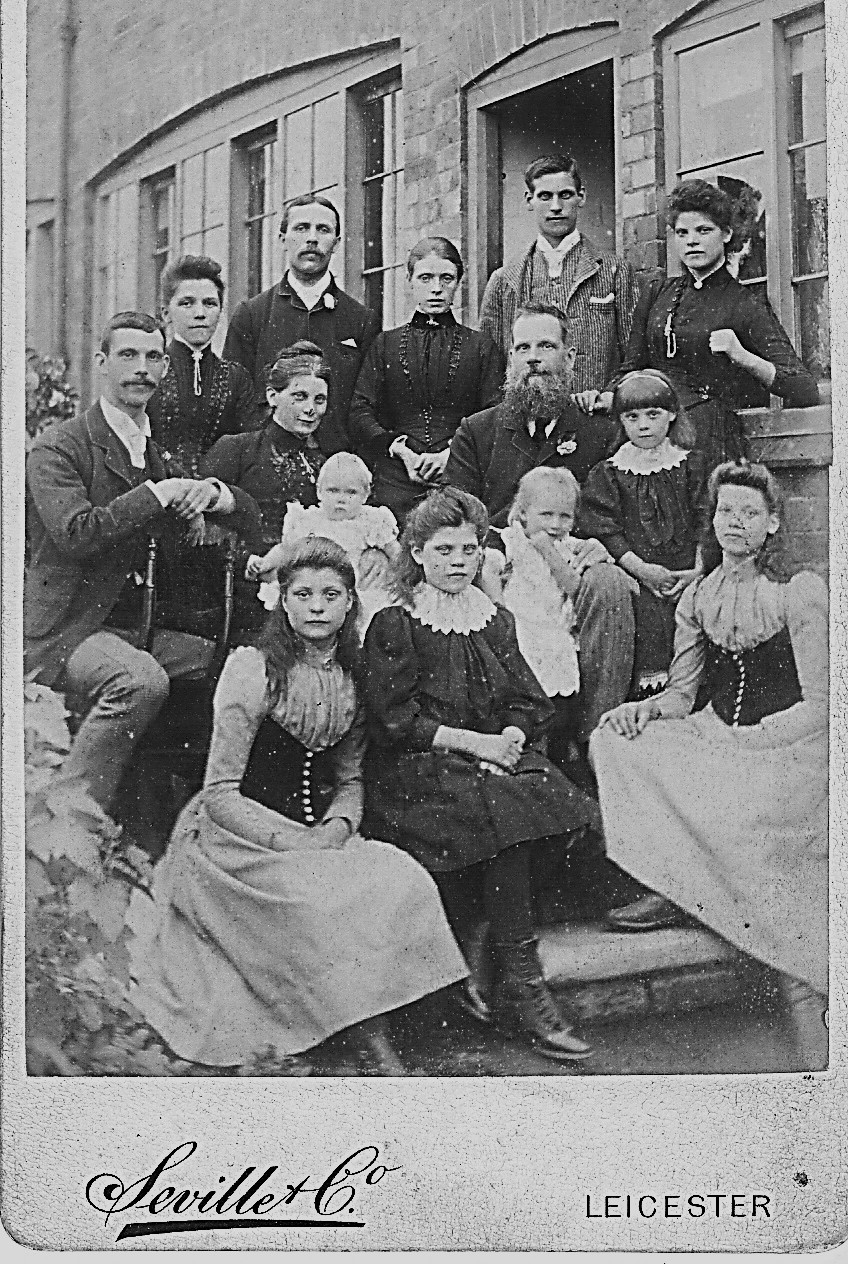 Evelyn Tollington was born in 1885, coincidentally also the youngest of eleven, to John Tollington of Hathern (1846 -1927) and Sarah Ann Margaret Strickland of Morcott near Uppingham (1845 -1928) who had married in 1866 and raised their family in Hathern eventually living in Gladstone Street. John and Sarah were both framework knitters and most of their family followed suit - for example in 1901 John was working in silk hosiery at home and four of his daughters were still at home - Fanny(Frances) 29 a seamer in silk, Eliza 23 a wool linker, Bertha 20 a wool griswold knitter and Evelyn 16 a wool winder. In the group photograph taken behind their home Evelyn is the young girl on the right of the second row. 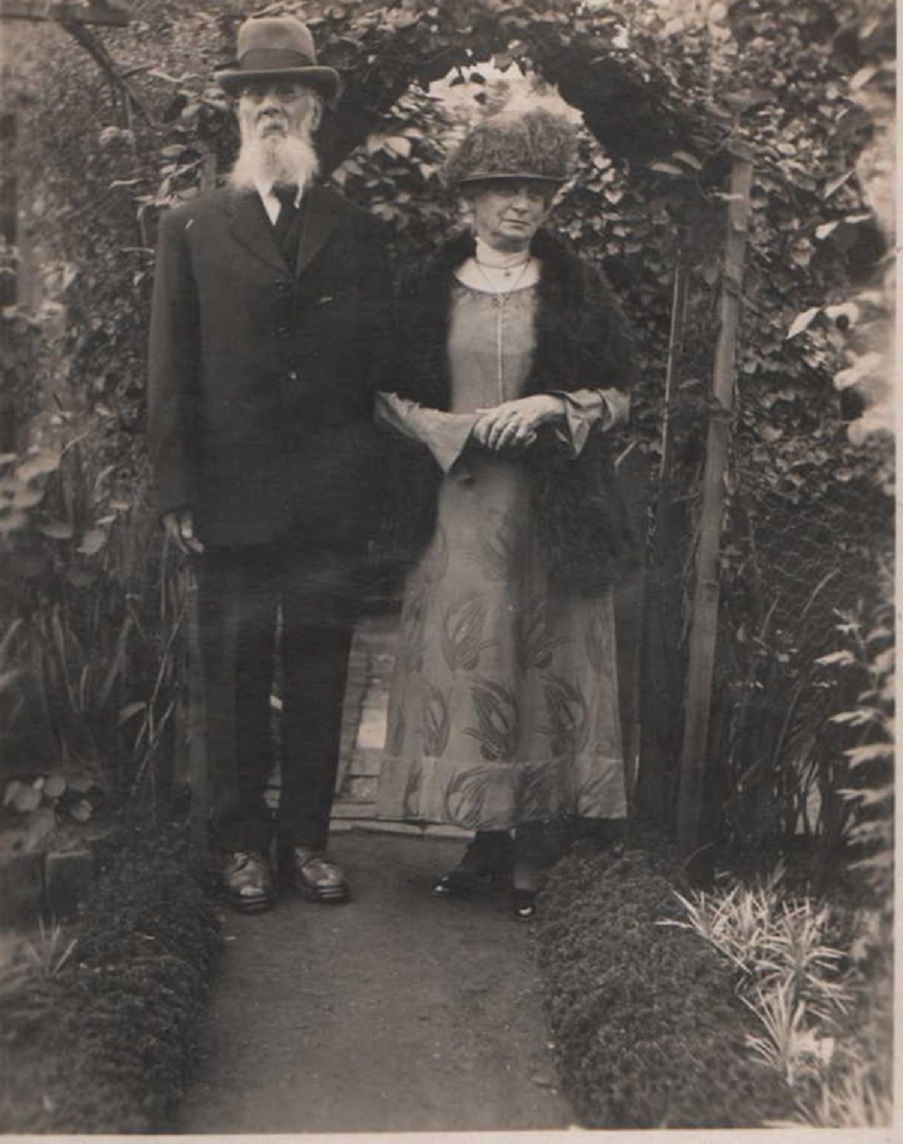 John and Sarah had a long and fruitful marriage and became the oldest married couple in Hathern when they celebrated their Golden Wedding - as described in the news article from 1926. John's grandparents had arrived in the early nineteenth century from Ibstock and Swannington and his father (also John) had married Ann Bowley. Maybe a distant relative of Maria above ? In another parallel to the Fishers, Ann died young and her husband John married again (to Sarah Exon).

James and Evelyn were married in Hathern on March 22nd 1909. it was a triple wedding for Evelyn and two of her sisters. In the wedding picture you can see father of the brides John in the middle of the back row and his wife Mary Ann on the left of the front row alongside John Hutchinson with Bertha, Herbert Allen from the Co-Op with Eliza and James Fisher with Evelyn. 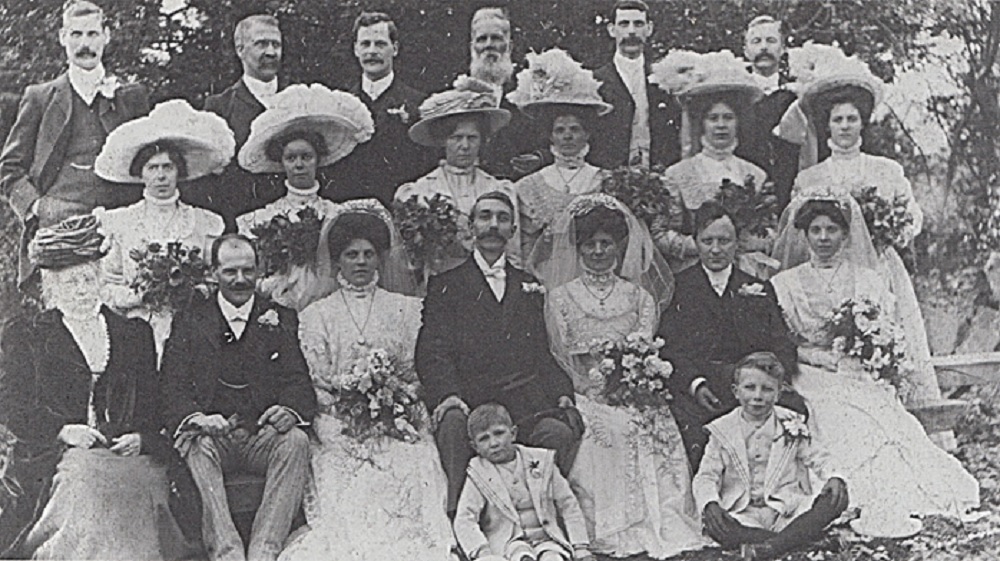 James was a terracotta worker at what became Hathernware and Evelyn a wool winder. In the 1911 census they are living in their first  home, the left hand of the two cottages next to the school buildings. In that same census we can see many other members of the Fisher and Tollington family in the village. There were eight households with Tollington the head - in Gladstone Street, Victoria Terrace, The Dovecote and Shepshed Road. Many of these were still involved in framework knitting including Alfred who was also the manager of The Liberal Club. A previous manager of the club in 1891 had been Thomas Fisher. In the 1911 census there were four households with Fisher the head - in addition to James and Evelyn there were Fisher families in Dovecote Street, Wide Street and Shepshed Road. It would be quite a gathering when the Tollington and Fisher families got together! According to newspaper reports James often performed as a musician at the Mens Adult School events such as their sixteenth anniversary in 1913. He was also chairman of the Parish Council and later a member of the Loughborough Rural Council. All in all quite a Hathern story - big families with links to Exons, Prices, Bowleys, framework knitting, terracotta working, non-conformism, the Liberal Club, the Co-op and of course the Tea Rooms.