New co-op opens with a bang

In June 1878 it was announced in the Loughborough Advertiser that Mains from Loughborough would undertake the building of a new Co-op store at a cost of £539. The Co-op had been operating in the village for 6 years already. In the National Archives there is mention of hosiery societies at various places between 1866 and 1873 including Hathern Co-operative Hosiers Industrial Society 1872-1873. These do not seem to have got far beyond first stage of existence.Below you can see the 2 articles that pre-date the grand opening. You can also read here an article describing the opening ceremony, for which a red letter day, a local holiday, for children and adults was declared. it was to be another 14 years before the associated bakery premises were opened. 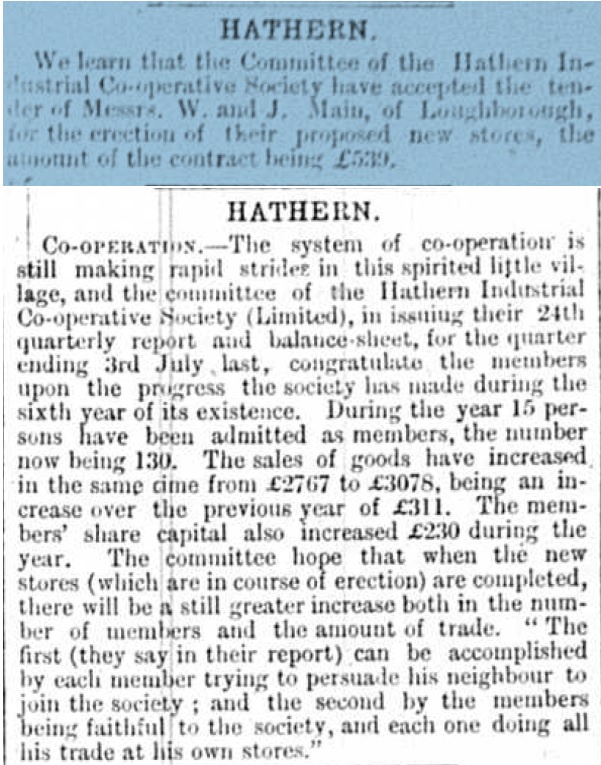