In 1986 the Women's Institute celebrated its 40th anniversary since it was reformed after the War. The first photo below shows members in the early 1930s. For a full list of people in the photo please see the clubs and society gallery.The second photo shows 3 founder members enjoying the celebration. Below the photos in a news article about the Hathern W.I. Also see other W.I. article by Andree Bagley - Diamond Anniversary. 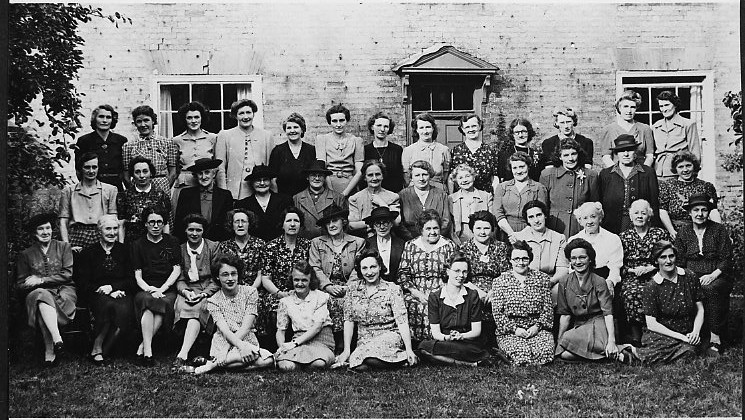 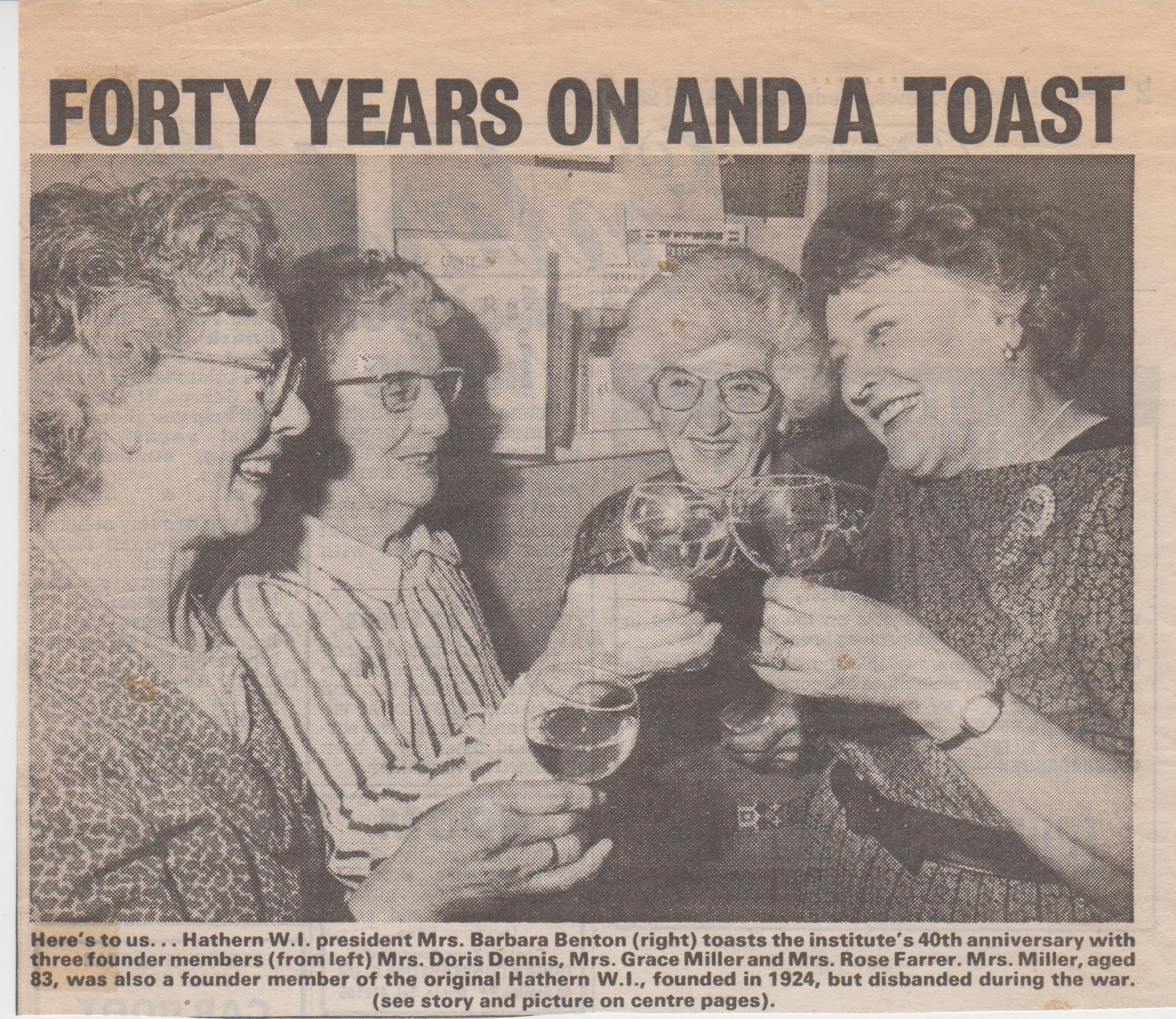 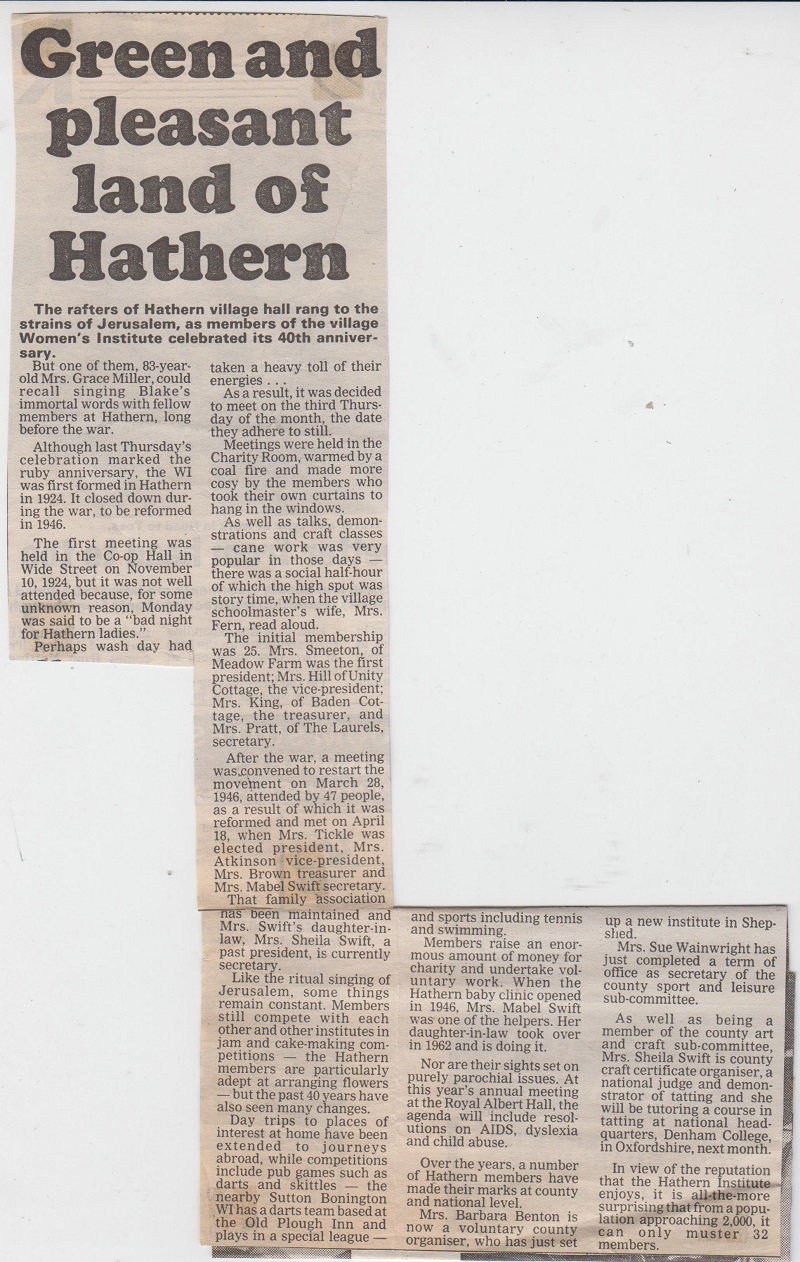 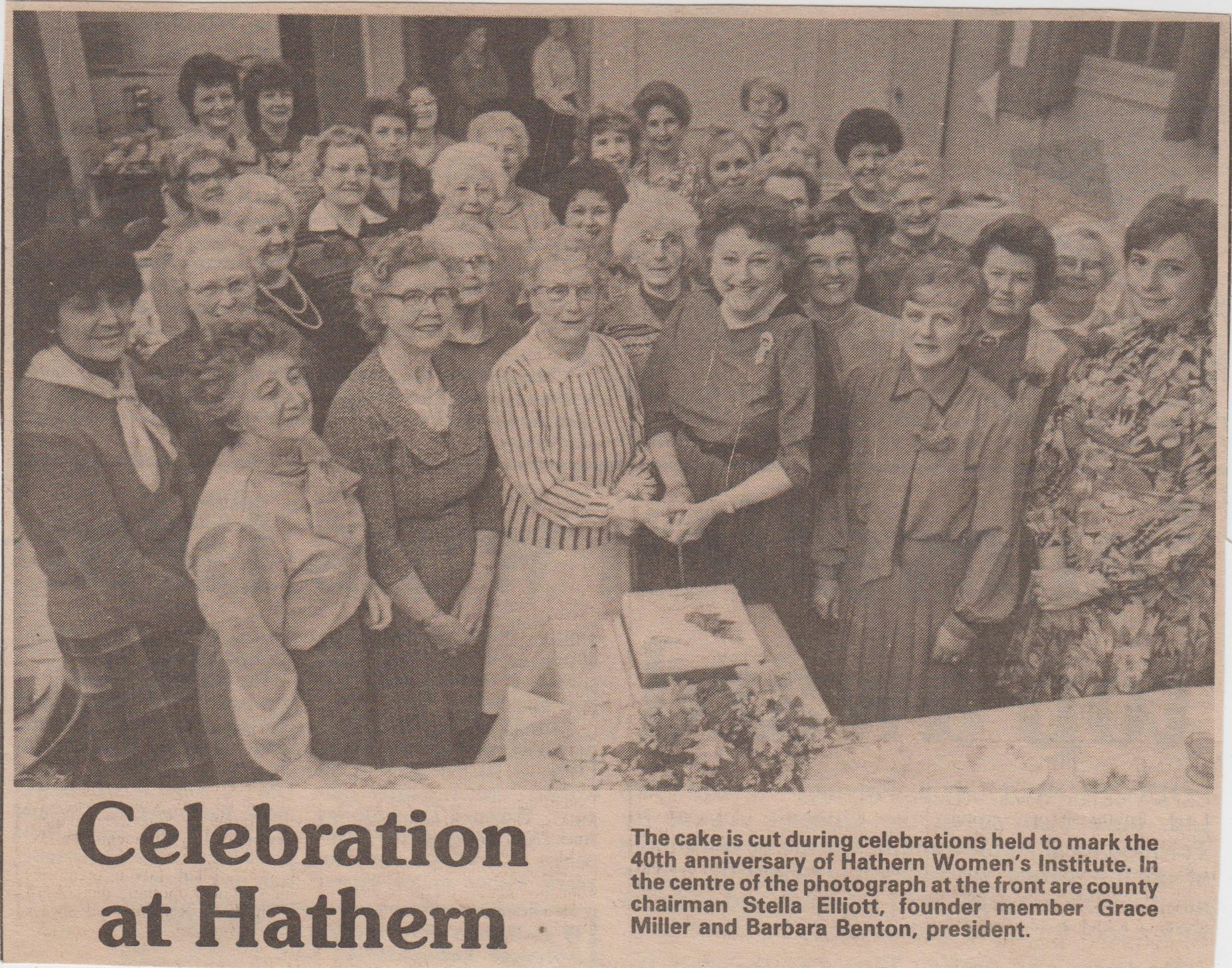