The Simpkin's family connection to Hathern stretches at least as far back as 1824 (see article on the Rates Book). The following is a collection of some articles provided by a family member.

(1) The funeral in 1933 of Mrs. Elizabeth Maria Simpkin, widow of Mr. Henry Simpkin who is described as "the father of the village". They lived at 99 Loughborough Road. In the 1911 Census Henry was described as a "Hosiery Manufacturer Silk & Wool (own a/c, home)".

(2) The death in 1955 of his son Henry Gerald Simpkin of 119 Loughborough Road who was a useful sportsman in his younger days and later worked as a timber salesman. He helped to organise the hospital parades in the village.

(3) A report in a Canada newspaper in 1941 of an interview with Mr. S.F. Simpkin of Loughborough who was on hosiery business over there. He and his daughter were both fire-watchers. Of particular interest is his graphic description of a German bomber crashing near his house with the death of all its crew. The postcard he sent to his wife from his Canadian hotel is also shown.

(4) A 1955 report in the local paper of the death of Mr. Harold Simpkin, managing director of E.H. Allsop, draper. 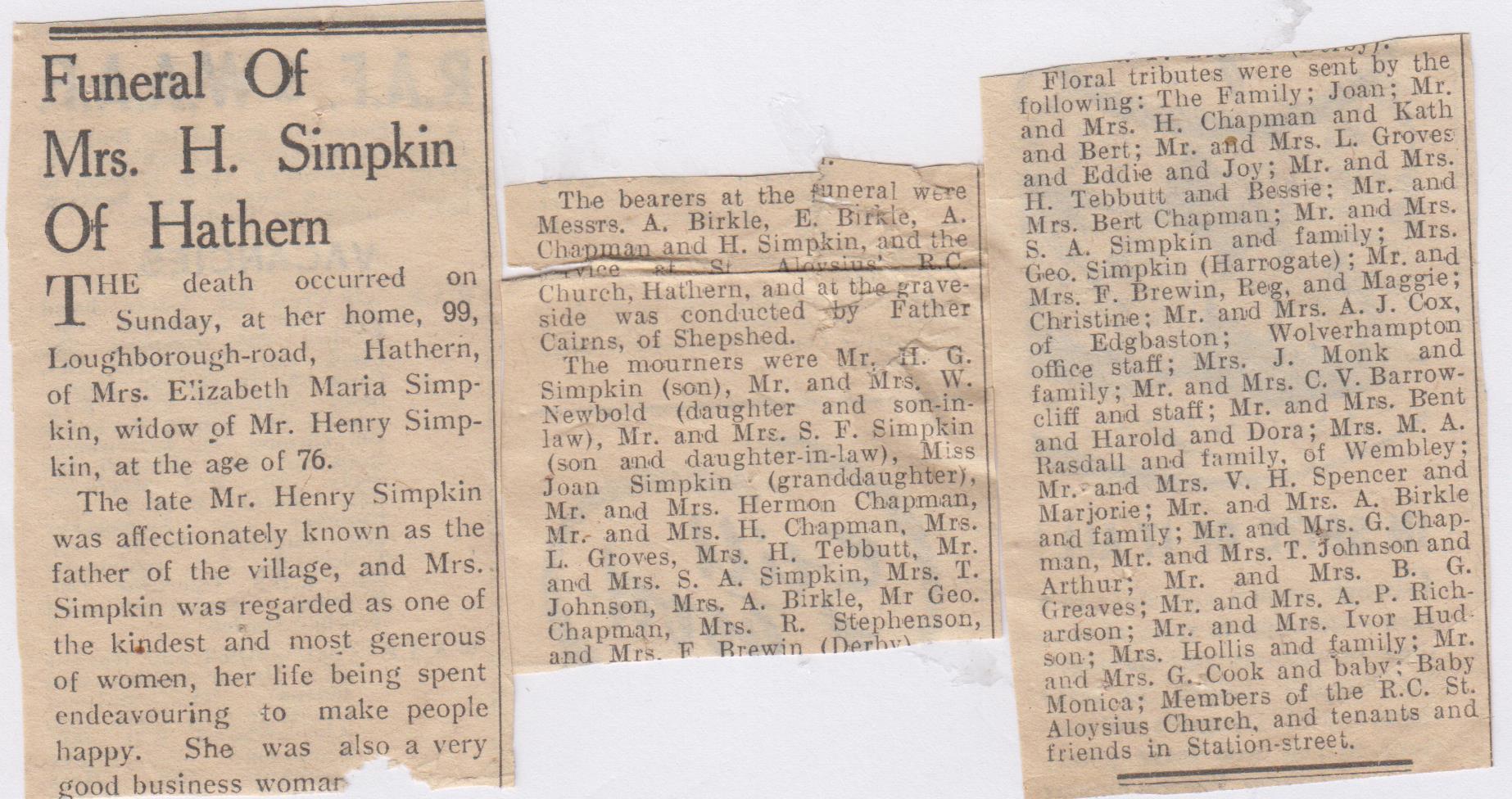 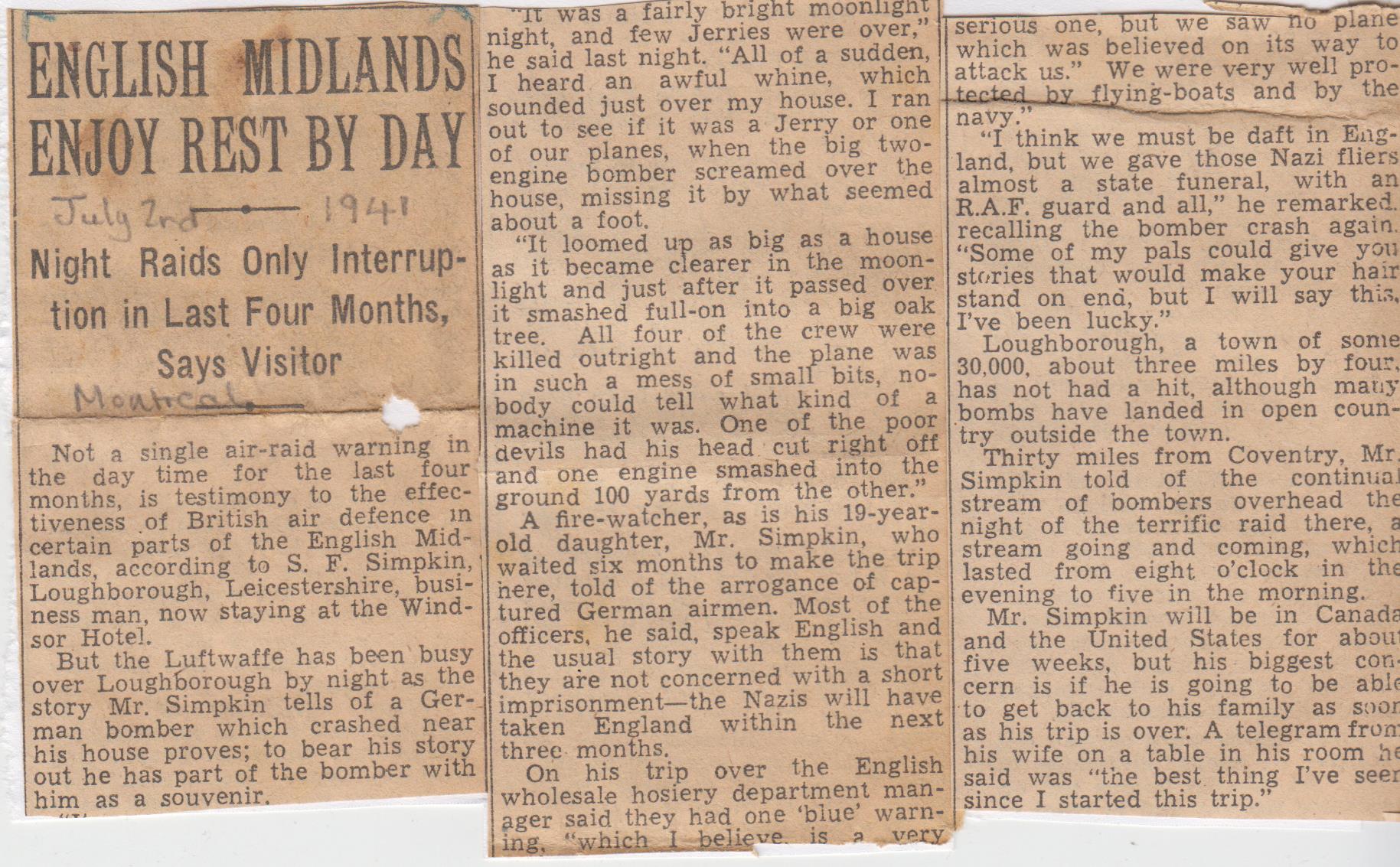 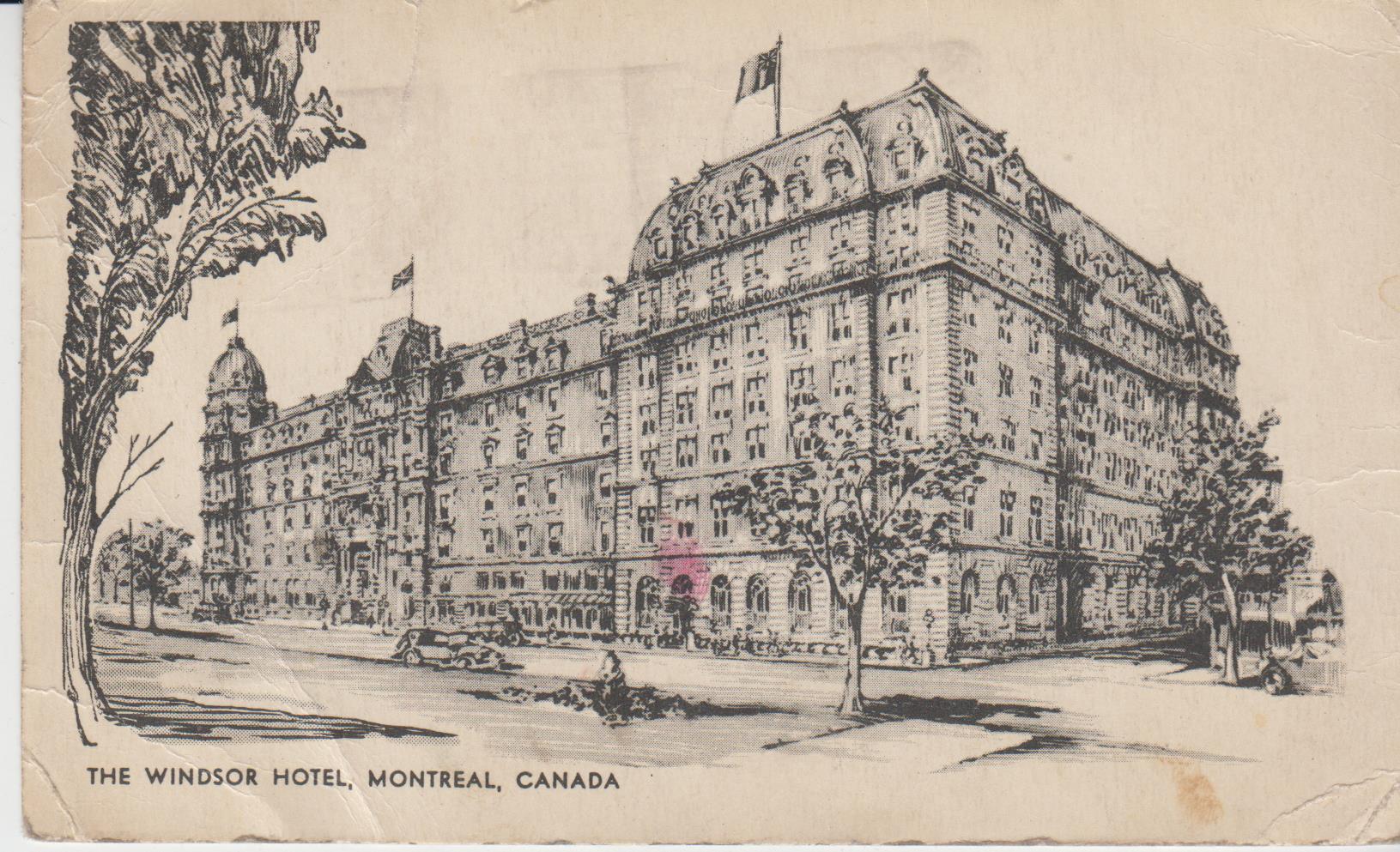 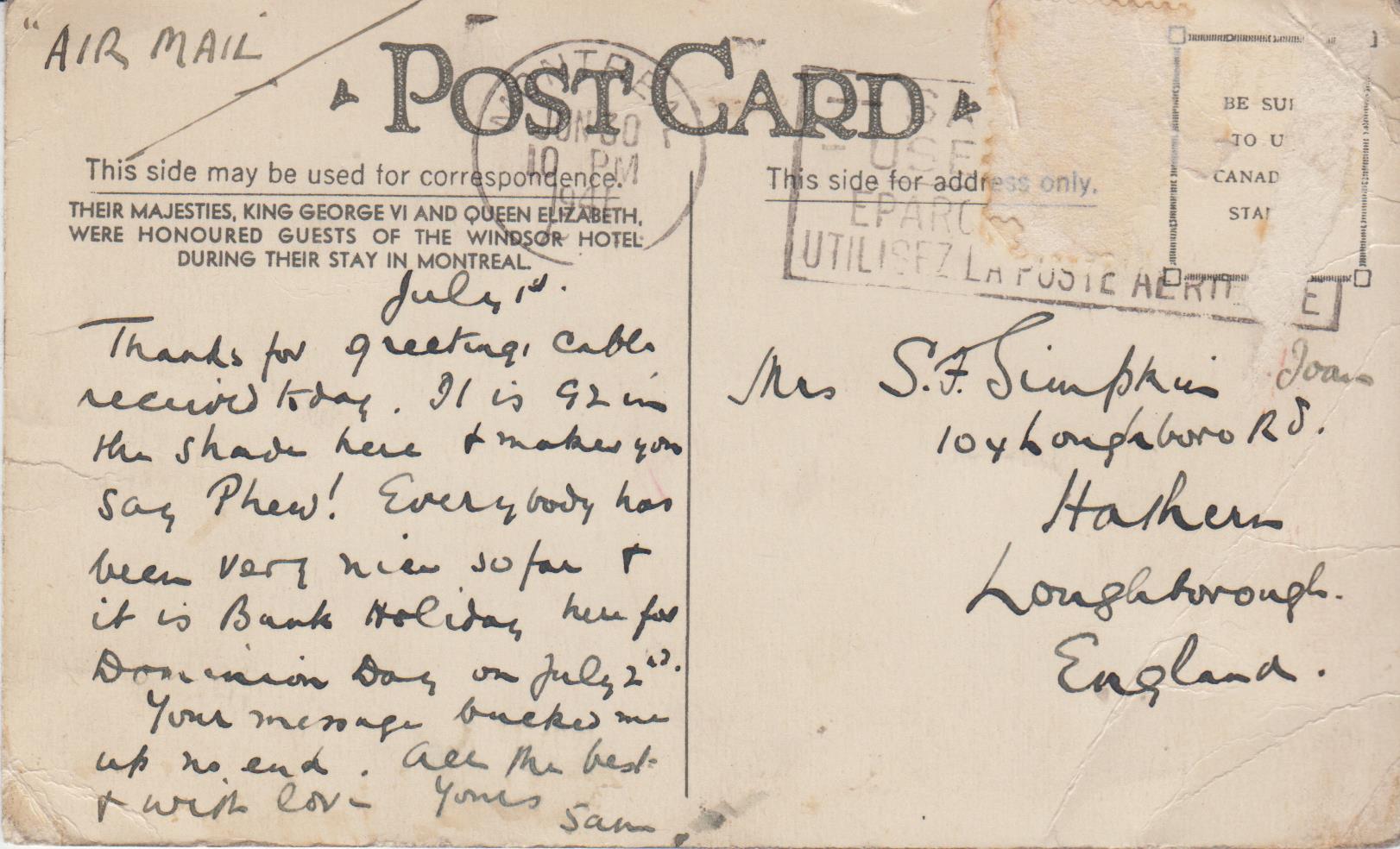 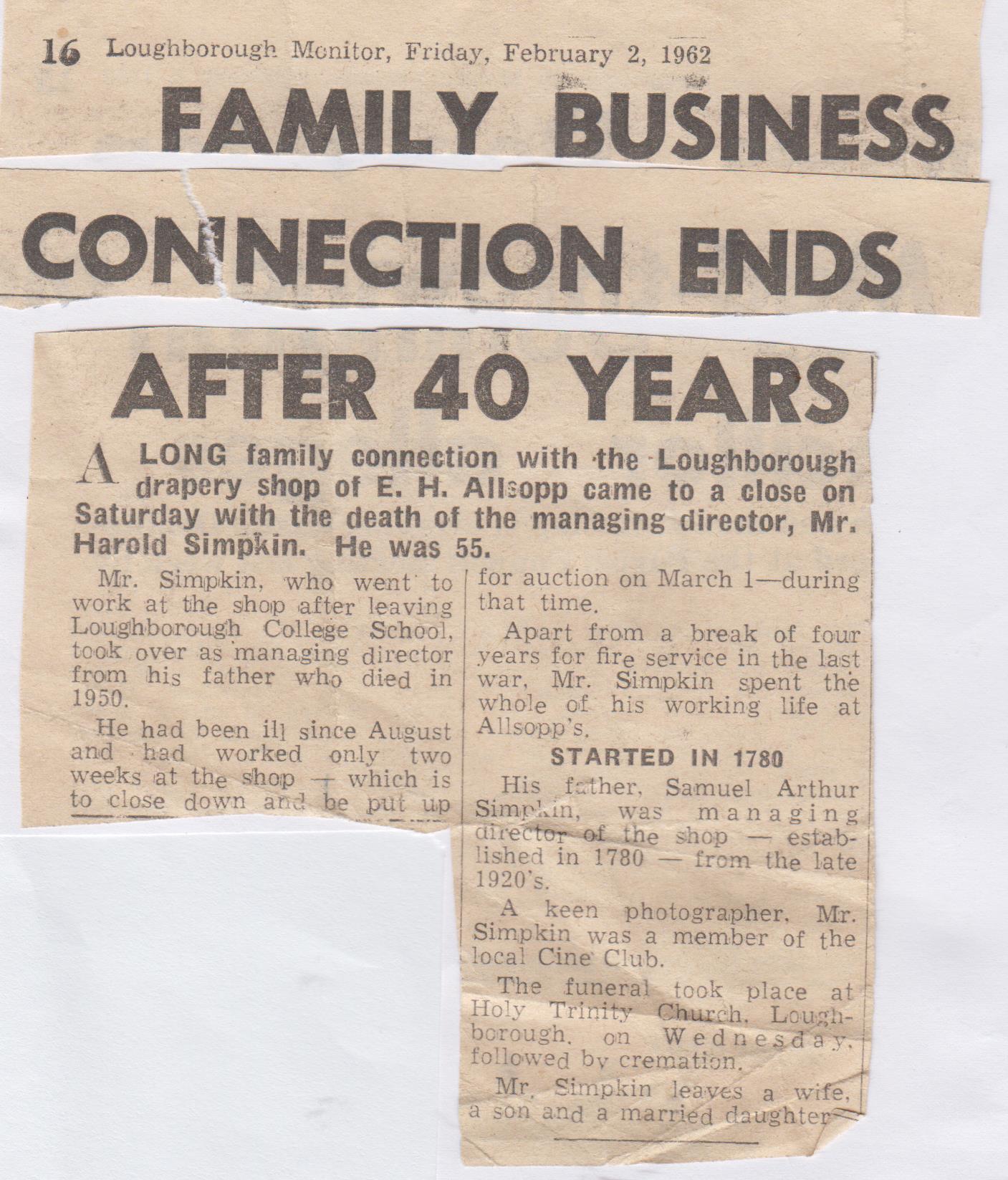